Here at MSE Towers we always like to go the extra mile for our users, so our team of
‘pie-entists’ did a three-stage analysis on eight selected mince pies to bring you a winner this Christmas. The look, pastry and filling were the key areas and all pies were given a star rating and marked out of five.

We selected own-brand mince pies (stock permitting) because these are generally more MoneySaving, readily available in the smaller stores and give a more consistent base line for our comparison. We’ve included the cost per six-pack of mince pies and worked out the cost per pie, in case the price was causing a ‘pie-lemma’. 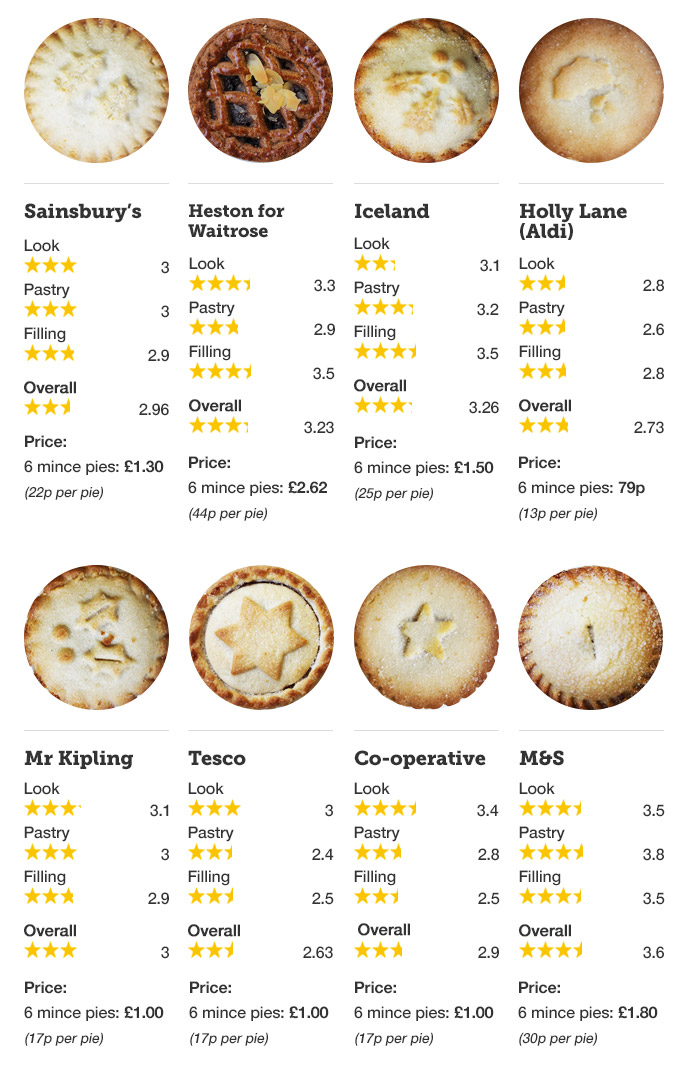 Now, our team at MSE do not mince their words (get it?!), and after a thorough test, before they passed out and broke out in mince pie sweats, they gave their ratings for each. So without further ado… drum roll please… the winner of our taste-test 2014 is M&S!

At 20% more than the average cost of £1.50 for a pack of six, and 128% more than the cheapest coming in at 79p for six, M&S is definitely on the pricier end of the spectrum. So we will let you decide if you think the extra pennies are worth it.

Interestingly, despite Co-op’s own-brand mince pie scoring in the top two for its look, it was in the bottom three overall, showing appearance isn’t everything and certainly giving food for thought. Also a bit of a surprise was Mr Kipling only coming middle of the road, showing MSE Towers is not convinced that it makes exceedingly good mince pies.

Sadly, we weren’t able to get hold of own-brand mince pies from all retailers as they were out of stock in our nearby Waitrose, Asda and Lidl, but be sure to check your nearest store if you fancy giving them a go.

Now, I wonder what else we can taste test to help you out this Christmas – purely in the name of research you understand…!