MSE Update 10.15am Fri 15 Jul: After the tragic events in Nice last night, Uber has cancelled the distribution of free ice creams.

This Friday (15 Jul), Uber minicab drivers will be hand-delivering FREE Magnum ice creams to anyone nearby who requests them to their home or office address.

Like the Uber app itself, this freebie won’t be available everywhere. But if you happen to live in one of 17 urban areas where Uber drivers operate, you’ll be able to join the fun.

1. Open up the Uber app on your smartphone, and set your pick-up location to wherever you want to have the ice creams delivered.

2. Select ‘ICE CREAM’ via the slide bar at the bottom of your screen.

3. As long as there’s a driver in the area, your FOUR Magnum ice creams will be chauffeured to the location you chose within minutes.

Where is Uber doing this?

Thankfully, it doesn’t look like there is a catch. Uber does say that supplies will be limited to 35,000 ice creams (that’s about 8,750 people getting four Magnums each), across all 17 participating areas – so it’s probably better to do it earlier in the day.

IMPORTANT: Be careful NOT to request an Uber minicab ride (unless you need one), as you may be charged even if you cancel the request. Make sure you’ve moved the slider at the bottom of the app to ‘ICE CREAM’. 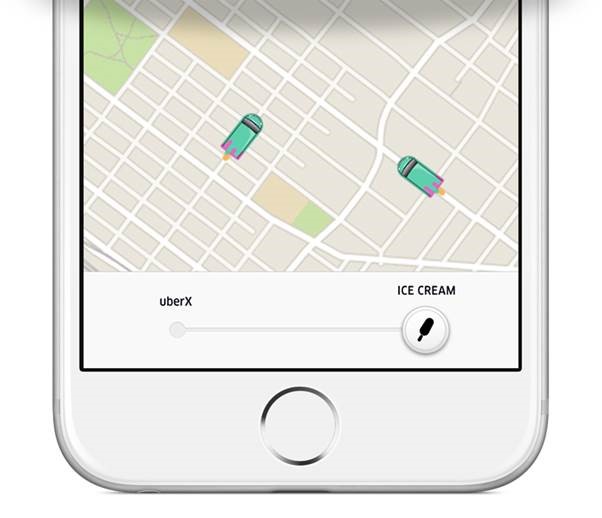 If you’re in London, you can increase your chances by also looking on the Uber Eats app for more opportunities to grab your Magnums.

Uber hasn’t confirmed how many drivers will be on the road with free ice creams, but chances are there’ll only be a handful in each area – so if you see one near you, request it straight away to get your freebie.

You’ll need to make sure you’re in the pick-up location you request the ice creams to be delivered to, as the driver may drive off if they aren’t claimed within five minutes.

Obviously, this is just an elaborate publicity stunt for Uber, but we can’t knock them for giving away totally free ice cream and I certainly won’t be turning it down!

You can find all the information on Uber’s blog and full T&Cs on its website.

Are you going to grab your four free Magnums, and will you share them? Let me know in the comments below, on Twitter @Jordon_Cox or on Facebook.