Hit by Lloyds, Halifax, TSB and Bank of Scotland glitch? Your rights explained 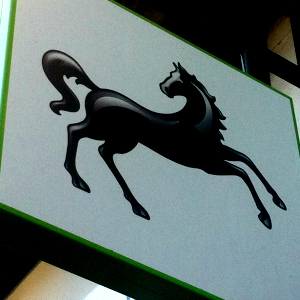 If you're a customer of Lloyds, Halifax, Bank of Scotland or TSB, and were hit by this weekend's IT glitch which left many unable to withdraw cash and use debit cards – complain now if you've been left out of pocket.

The breakdown, which lasted for three hours on Sunday afternoon, has since been fixed, according to Lloyds Banking Group, which owns the banks.

But some disgruntled customers are still reporting problems today (see our Best Bank Accounts guide if you're fed up and want to switch.)

Lloyds customer @philking68 tweeted this morning: "My debit card was refused at 9:30am today for no good reason (I have adequate funds in the account – I checked)." @benin000 added: "Anyone still having problems with their Lloyds Bank cards? Mine didn't seem to work this morning."

The meltdown is the latest in a line of embarrassing IT glitches suffered by major high-street banks. In the summer of 2012 NatWest, Royal Bank of Scotland and Ulster Bank customers were hit by a glitch, which left some without access to their banking for an entire month.

Meanwhile last December, the banks, which are all part of the RBS Group were hit by a three-hour glitch, which stopped people using credit and debit cards on one the busiest online shopping days of the year.

I've been affected. What are my rights?

If you incurred any charges or were left out of pocket by the problems, contact your bank for a refund, which will look into your complaint on a "case-by-case" basis.

Lloyds says additional compensation is not being offered at this stage.

But after the RBS Group glitch last December, some reported being offered goodwill payments, so it's worth complaining to Lloyds if you've been put in genuinely distressful circumstances as a result.

@mikejgrainger wrote on Twitter: "I received £150 from NatWest when this happened with it a number of weeks ago, make sure you complain!"

If you don't get a satisfactory answer from Lloyds, you can complain to the free Financial Ombudsman Service, which arbitrates in disputes between banks and their customers (see our Financial Rights guide for more information).

Anyone still experiencing troubles should also contact their bank immediately.

MoneySavingExpert.com creator, Martin Lewis, initially reported Lloyds' problems on his blog yesterday, when he asked Are you due money back from Lloyds, TSB, Halifax or Bank of Scotland?

He says: "I would argue the RBS/NatWest issue has set the 'standard industry practice', which is enforceable by the Financial Ombudsman. So if Lloyds fails to do the same, as a bare minimum, you could take it to the Ombudsman.

"At the time, NatWest effectively said if you could prove you were out of pocket because of its outage – such as late payment fines with other banks or extra hotel charges – it would give you your money. It didn't however, have a policy to pay compensation for distress.

"I would suggest Lloyds will and must do the same. When some who had been put in genuinely distressful circumstances spoke to NatWest, it paid compensation in some cases, so it's worth calling Lloyds if that's happened to you."

If you're unhappy with your bank's service, then ditch and switch elsewhere. Switching accounts is now quick, easy, and – for most people – completely pain-free. It takes seven working days, and all your incoming and outgoing payments will be moved to your new account, by your new bank.

There's also a number of switching incentives being offered at present including a £100 bonus for new First Direct* customers, while the Santander 123* account offers up to 3% interest and cashback on certain bills. See our Best Bank Accounts guide for our top picks.

A Lloyds Banking Group statement says: "We apologise that earlier today [Sunday], between 3pm and 6pm, some customers were unable to complete their debit card transactions.

"Although the majority of transactions were unaffected, we are very sorry for the inconvenience that this will have caused. At the same time, some customers encountered problems at approximately half of our 7,000 ATMs.

"This was resolved by 7.30pm, and all of our ATMs are now working."

* Using these links helps the site stay free to use, as they're ‘affiliated links’ which invisibly take you usually via affiliate linkage or commercial money sites, which then pay this site. You shouldn't notice any difference, the links don't impact the product at all and the editorial line (the things we write) is NEVER impacted by the revenue. If it isn't possible to get an affiliate link for the best product, it is still recommended and still included. The following links, First Direct and Santander are identical unaffiliated links provided for the sake of transparency. Click on the following link for more details on how this site's financed.