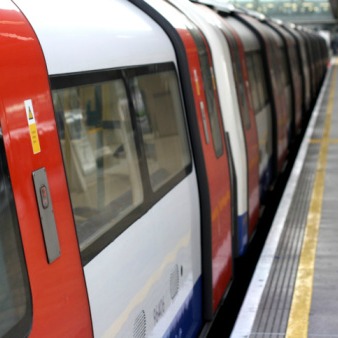 Currently, Tube users need to load an Oyster smartcard with credit, or buy a paper ticket at a higher price before they can travel on the network.

But from 16 September, you'll be able to touch in at ticket gates with Visa, Mastercard or American Express contactless cards and have the cost of your travel deducted from your account.

EE customers with certain Android devices will also be able to pay with their phones using its Cash On Tap app.

Contactless payments already work on London buses, but from 16 September they'll be extended to London Underground, the Docklands Light Railway and London Overground. They won't be extended to London's other rail services yet – TfL says it is working with National Rail to expand the system to cover the services where Oyster is currently accepted.

How will it work?

Oyster caps your fare at a daily maximum, a system that isn't currently in place for contactless on buses. This means if you're making multiple journeys on the same day you could end up paying more.

But the daily caps will be in place on contactless from 16 September. TfL says they apply across buses, the Tube, DLR and Overground. One payment per day will be deducted from your account.

Weekly caps will also be introduced for contactless cards, at the same rate as the relevant travelcard. So if you only travel in zones 1 and 2, you shouldn't be charged any more than £31.40 per week. However the weekly caps will work on a Monday-to-Sunday cycle. As the contactless system goes live on a Tuesday, you may not be able to fully benefit from the cap until the week after it launches.

How do I know if my card is contactless?

Contactless cards have a "wavy line" symbol on the front, and can be used to pay for goods and services under £20 just by tapping in on a pad.

Not all financial providers offer contactless cards yet, so if you think you'll benefit from using one and haven't got one yet, it's worth asking your provider if it does.

The technology can also be be found in other devices, such as Android phones including the Samsung Galaxy S5, HTC One and Sony Xperia Z2. But EE is the only mobile phone provider currently offering cashless payment services.

In the first three months of 2014 there were 24 million contactless transactions made within the M25 and 45 million nationally, according to the UK Cards Association

It's estimated a fifth of the 44.7 million contactless cards in use across the UK are in the London area.

What happens to Oyster cards?

Oyster cards remain in place, and you'll still be able to load weekly, monthly and annual travel tickets onto them, as well as up to £90 for pay-as-you-go travel.

Until National Rail trains are brought into the contactless scheme, you'll be better off sticking with Oyster if you're travelling from or to an area which isn't on the Tube map. TfL says it's planning to launch contactless transactions on National Rail as soon as possible.

TfL is also warning passengers not to keep Oyster cards and contactless cards together in the same wallet to avoid the risk of the wrong card being charged.

While TfL says it is not possible for both cards to be charged simultaneously, passengers who have loaded bus passes or travelcards onto their Oyster could find themselves effectively paying twice if the reader detects a contactless card first.

What does TfL say?

Shashi Verma, TfL's director of customer experience, adds: "Offering the option of contactless payments will make it easier and more convenient for customers to pay for their travel, freeing them of the need to top up Oyster credit and helping them get on board without delay.

"The pilot has been a success, with participants giving us really useful feedback.  This is the latest step in making life easier for our customers by using modern technology to offer the best service possible."

Contactless on the Tube