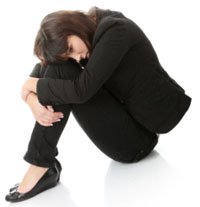 People struggling with serious debt should be given a grace period of a year before being hit with interest, charges and enforcement action, MoneySavingExpert.com has told the Treasury.

In October, the Government unveiled plans to give those suffering with debt a six-week 'breathing space', a period when interest and charges are frozen and enforcement action stopped, to give them time to get advice and sort their finances. It also launched a consultation on the topic and said it hoped to publish draft legislation by 2019.

MoneySavingExpert.com founder Martin Lewis and the debt charity StepChange have long campaigned for the Government to introduce breathing space for debt sufferers. But in a submission responding to the Treasury consultation published today, MoneySavingExpert has called for the proposed grace period to be extended to a year, and brought in as quickly as possible.

If you're struggling, see our Debt Problems and Debt Solutions guides, and our Debt-Free Wannabe forum for help and support.

The main proposals in MSE's consultation response are that the Breathing Space scheme should:

We also recommended that:

Our full response to the consultation can be found here.

The Site and Martin Debt