Steep rise in payday loan claims – but 1,000s are being stung by unnecessary fees 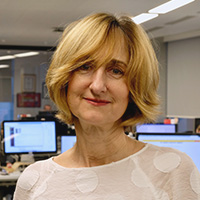 The number of complaints against payday loan firms soared by 130% in the past year, new figures from the financial watchdog show. But the majority of claimants are using claims management firms, meaning they won't get the full compensation payout if successful. If you've been mis-sold, here's how to claim for free.

Some 27,000 of these complaints – two-thirds of the total – were handled by claims management companies, the ombudsman has told MoneySavingExpert.com, meaning many claimants are being stung by hefty fees as these firms take a significant chunk of whatever you get back.

However, you needn't use these firms – it's quick and easy to claim for free using our guide and tool. And it can be well worth reclaiming, as MSE user Hayley found:

@MartinSLewis A big thank you to Martin Lewis and his wonderful advice, got £500 wiped and £2,045 refund from a payday loan company!! 😊

If you think you've been mis-sold a payday loan, see our Reclaim payday loans for free guide, which also has help if your lender has gone bust.

Claims management companies have come under fire from the payday lenders' trade body, the Consumer Finance Association (CFA), for allegedly holding up the reclaim process. Nine out of 10 claims initially lodged with payday lenders come from claims management firms, but the CFA told MSE many of these claims are badly constructed, making it difficult to process valid complaints.

And while the FOS doesn't treat claims that reach it via these firms any differently, the big issue for consumers comes in how much of any eventual payout they'll pocket. Claims management companies typically take a substantial cut of 30%ish of any compensation but after VAT 30% becomes 36%.

How do I check if my payday loan was mis-sold?

Many payday loan complaints stem from a Financial Conduct Authority regulation introduced in 2014, which brought in new affordability criteria. Those given loans they were unable to afford or who weren't given clear and complete information on how much the loan would cost in total to repay can complain that their loans were mis-sold.

There are several other grounds which count as mis-selling, including if the lender failed to warn you the payday loan shouldn't be used for long-term borrowing or how the repayments would work. For a full list, see our Reclaim payday loans for free guide.

How to reclaim for free

If you think you've been mis-sold a payday loan, you can claim using our free online reclaim tool via complaints site Resolver. It'll also help escalate to the FOS after eight weeks if you don't get a satisfactory outcome.

MSE users have launched claims through Resolver against 20 payday lenders, most commonly against QuickQuid, Wonga, Lending Stream and Payday UK, and have reported compensation averaging £463.

How much can I get for being mis-sold?

It's all about being put back to where you should have been if you'd been treated fairly and responsibly in the first place. We've seen reclaims ranging from £100s to £1,000s so far. What's more, you can also request the loan be wiped from your credit record.

Steep rise in payday loan claims – but 1,000s are being stung by unnecessary fees