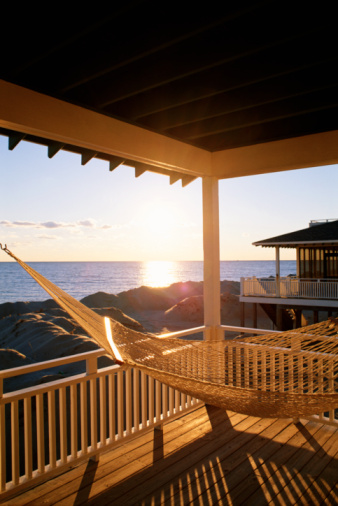 Pushy timeshare reps often use bribes to lure unsuspecting holidaymakers into parting with their life savings. But unfortunately for them, they’d picked up a MoneySaver…

On a recent trip to California, I was asked to see a quick presentation in return for a totally free, no-strings-attached $100 gift card. My MoneySaving antenna popped up – the notorious timeshare freebie. I’d heard reports from those who’ve attended property sales pitches just for these bribes, so decided to give it a go.

Little did I know I was in for a three-and-a-half-hour sales ordeal that would use my own cash to hold me to ransom. They even claimed timeshares prevent cancer.

As I told them quite frankly at the outset, I had absolutely no intention of buying anything and was purely in it for the freebie. They were magnanimous – “That’s fine! There’s absolutely no pressure.” Considering the Rambo-esque sales tactics that followed, I’ve since decided they don’t consider anything short of a punch in the face as ‘pressure’.

Before I was allowed to attend, they checked I had all the ingredients for a mammoth impulse buy: earning above a threshold, partner in tow, and carrying an approved payment method. We were cheerfully packed into a minibus with a dozen other couples and told to enjoy our ‘free treat’ (final check: “Did you all say you have Mastercard? Good.”)

The minibus pulled up at a new hotel building, where we were herded upstairs to a windowless, low-ceiling conference room crammed with sales staff. Here are the tricks used in the sales pitches that followed, and more importantly, the survival strategies we used to grab the freebie and run.

The tactics they used:

I have since decided that, compared to what followed, the presentation was the ‘carrot’. What came next can only be described as a large number of sticks used to metaphorically beat us into parting with all our savings.

The defence we used:

It took three-and-a-half hours, but we emerged victorious with the promised incentive. Would I do it again? Yes, but only for an outstanding freebie. Would I recommend it to others? Only if you’re very thick-skinned, aren’t afraid of Rottweilers, bring emergency food, drink, and glucose tablets, and have absolutely no intention of buying anything while you’re there (not even a packet of crisps).

Of course, all timeshare sales pitches are different, so hopefully some will be easier to get through than this. Scarily, that also means some may be harder. If you’ve been through the timeshare hard-sell, what were your strategies to get through it, and what techniques did they use? Share your tips to help others in the MSE forum.