After working at MoneySaving Towers for a decent length of time, one can become complacent about the punch this website can pack — and the press release that just dropped into my inbox provided a eye-opening reminder.

In last week’s weekly email, we highlighted a great loophole for savers. 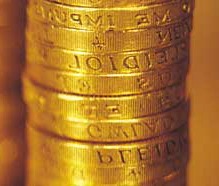 National Counties Building Society was offering a three-year fixed rate ISA paying 3.7% AER — a rate far higher than anything available with easy access. But unlike normal fixed-rate bonds, you could get at your cash without paying a penalty. Instead you just needed to give 99 days’ notice.

This effectively made it a guaranteed good rate which allowed withdrawal, provided you can plan ahead.

As we’ve mentioned similar deals in the weekly email before, we knew this would be red hot and probably disappear quickly. Savings providers usually have a maximum tranche of cash that they want to attract, at which point they cut off the account for new customers.

This time it actually lasted quite well, but it was no surprise to see an email pop up about an hour ago explaining that the deal was full and had been withdrawn.

What did catch the eye, though, was the explanation the building society gave:

National Counties has withdrawn its 5th Issue fixed rate cash ISA to new customers, following a week which saw enquiries about the product jump by a staggering 16,000%.

Following a conversation on 21 February between two keen savers on the forum of Moneysavingexpert.com, regarding a so-called ‘loophole’ in the 5th Issue Fixed Rate Cash ISA, a mass of exchanges broke out resulting in a total of 50 posts and a dedicated story in the site’s weekly email.

16,000%! While statistics can be manipulated to show what the author desires, and this account probably started from a low base of interest, that thwacking figure certainly makes the eyes water.

Deals we mention in the weekly email often go like the hottest of cakes, and this titbit from a sizeable financial institution gives a great memory-jog of how much MoneySavers love a great deal.

Feel free to leave any comments on The power of MSE — it boosts popularity by 16,000%! discussion or in the comments section below.

Week from 11 May 2022
View more
Get all this & more in MoneySavingExpert's weekly email full of guides,vouchers and deals
FAQs Privacy Past Emails Unsubscribe