My message to the Government: Stop pocketing Ofgem’s cash & give it to consumers 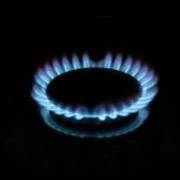 Will David Cameron grant Ofgem the powers it needs?

Ofgem, the energy regulator, has recently stepped it up a gear.

A few of the big six firms have been hit with hefty fines and raps over the knuckles.

Npower was fined £2 million last October for handling complaints poorly, while British Gas has also been fined £2.5 million for the same thing.

According to Tory assistant whip Chloe Smith, Ofgem has collected around £34 million over the past 10 years, although not all of this loot has been in consumer fines.

Yet this cash goes straight to the Treasury’s treasure chest, the ‘consolidated fund’ — basically the Government’s main bank account. Not a penny goes straight back into consumer pockets, even though they’re ones who have been wronged.

Ofgem recently changed tack by negotiating a settlement with EDF over a mis-selling case. Instead of a fine, Ofgem hammered out a deal in which EDF paid back £3.5 million to consumers (see the EDF to pay £4.5 million story).

However, this form of redress is limited. Luckily, EDF co-operated this time, but that might not always happen.

Ofgem’s asked the Government for the powers to make it happen. It needs and wants the power to impose a settlement and force compensation for consumers. But something it hasn’t asked for is to dictate where this money comes from.

Along with these extra powers, Ofgem should be able to stipulate it comes from suppliers’ profits. Otherwise, consumers may find themselves paying higher prices, a hideous prospect in an already pricey market.

So come on Dave et al, make it happen. It’s a no-brainer in my book.

What do you think? You can reply in the comments below or in the MSE forum.