Vouchers: the case for the defence 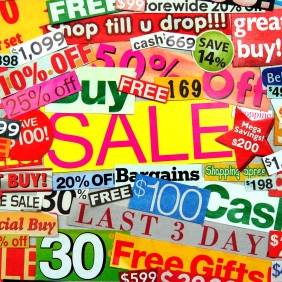 Is voucher mania good for Britain?

Money-off vouchers and their users have taken a kicking over recent days, but I feel that’s unfair.

After all, the vouchers boom over recent years has allowed many families on lower incomes to go out for meals and buy nice clothes they may otherwise have been unable to afford.

Unsurprisingly, many consumers use sites such as MoneySavingExpert.com to hunt for the best deals. After all, who would pay full price if they can get the same item for 50% off?

There are companies that give dodgy deals and there are consumers who share vouchers they are not supposed to. I’m not defending that, I’m defending genuine vouchers.

If you’re a voucher user, you may wonder why I’m stating what you consider to be the obvious.

Let’s be clear. This is not a dig at This is Money, which is an excellent website. It’s simply a chance to put the other side of a divisive debate across.

The key points in that blog were that the discounts vouchers offer are largely funded by higher costs for those who pay full price. Also that certain deals, especially some provided by daily deals sites, are unattainable.

It is true that some can’t always access daily deals discounts. These are problems we’ve also raised and they need addressing. But that doesn’t mean the whole vouchers phenomenon is a sham.

I’m not so sure on the other point about firms putting standard price up to pay for vouchers as I haven’t done the research. But I’m not sure anyone has, to be honest, so the jury appears to be out.

Has ‘king of vouchers’ Pizza Express really put normal prices up above food inflation, for instance? If you know, please let us know in the comments section below.

I have previously wondered whether pizza sizes there have shrunk, though that might just be my bulging appetite.

Why vouchers are good

My view is that, on balance, vouchers are a positive force because they enable those on lower incomes to do more on a tight budget. It is not a perfect industry, but what is?

I won’t pretend to be an expert on the economics of why companies offer deals other than the obvious reason to get more people through their doors.

But if deals are on offer and they genuinely help people live a little more of a luxurious life, we shouldn’t knock that. After all, when limited to buying necessities, life becomes boring.

Given most users are honest and are simply doing what virtually everyone else does at some point — trying to get a good deal — it would be unfair to call them "zealots".

When I defended the voucher culture on Twitter last week, virtually everyone who replied agreed with me.

I should point out that given who I work for, more people who share a similar view are likely to have read my tweet.

There are very different views in the comments posted on the This is Money blog.

It would be interesting to see who you agree with. You can reply in the comments below or in the MSE forum.