How far should insurers go to market their polices? 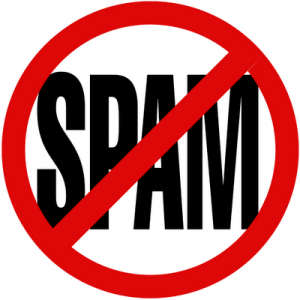 I’m at that annoying time of year – my car insurance is due for renewal.

I move my policy every year in order to get a better deal, usually saving around £50 on my renewal quote. But, let’s be honest – it’s not an enjoyable process.

Using the MSE system, I check a couple of comparison sites and the direct insurers to see which is best for me, or actually my husband as he’s the main driver in the family. It’s never the same provider each year.

In 2009, the best policy for us was with Swinton Insurance. As shown by the site’s all-time record of 96p for fully comprehensive insurance, it’s been known to offer some good cashback deals. But, boy, doesn’t it harp on about it.

Ever since Swinton has had our contact details, we’ve received reminder after reminder on how great its insurance is and how much money it can save us.

As a paper-protecting fanatic I’m not a great fan of junk mail. As I’d expect, we’ve had two letters from our current provider in the last year. But we’ve also had several from Swinton – two years after our policy ended.

More annoyingly though, in the past few weeks, my hubby has also received the three texts below:

17 August: Still not renewed your car insurance Neil. Call Swinton on 08003081867 to find out more about our cashback offers. Calls may be recorded. To stop reply STOP to 61009.

Three things struck me about these texts.

One, there’s no info on how much the STOP text costs to send.

The only way I could check whether hubby would be charged to text STOP to 61009 was via Google.

In a competition Swinton is currently running, using the same number, it says: “A bounce-back text message will be sent to your mobile as confirmation of your entry into the prize draw. Swinton pays the cost of the entry acknowledgment text however standard network charges will apply to the initial text sent to enter the prize draw.”

Although he hasn’t sent a text, I take this to read he’d be charged if he does, if he uses a pay-as-you-go phone or has used up his free text allowance. If that’s the case, I think firms sending spam texts should be obliged to include this info.

Two, the telephone number to call changes slightly each time, with the final digit increasing by one.

I didn’t test my theory, but I wonder if I’d get a different offer by calling each number as it would know I’ve left my renewal to a certain stage?

And, three, despite its promises, Swinton didn’t have the best deal for us this time round. It didn’t appear anywhere in our top quotes, which does little to help back up its marketing hype.

Let me know in the comments below or the MSE Forum if you’ve had similar bombardments from other insurers. Or is it just Swinton?