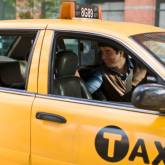 Not all taxi drivers play fair

Going on holiday is great, but even while you’re off relaxing you often need to beware of scammers, or even well-known brands that try to sneakily get their mitts on your cash.

I’ve recently returned from two-and-a-half weeks in Australia and the far east and have come back with three tales of dodgy charges many holidaymakers are used to.

Some are easy to avoid but you often need to be on your guard. So the next time you’re away, keep an eye on these dirty tricks.

The scourge of many a holidaymaker, but you must watch out in so many countries for taxi drivers who either take you round the houses to up the fare or simply overcharge you.

Take this example of one sneaky driver who had the morals of Lance Armstrong.

I took a taxi to my hotel late one evening from a night out in Hong Kong to be told by the driver I’d have to pay the post-midnight fare. He pointed to the meter and the $6 extra charge (about 50p), which seemed reasonable.

We even had a chat on the way, and he seemed nice.

Then came the horror.

When I got to my hotel that $6 charge had become $100. The driver had obviously pressed another button hoping this stupid tourist wouldn’t notice the hike.

I took a double-take and got the $150 out for the full fare and stupidly handed it over. But within a split second, I came to my senses and demanded to only pay $56 as the main meter said $50.

Some bartering ensued and we eventually settled on $80 as it was late and I just wanted to get to bed rather than have an argument. Sadly, he wasn’t the only dodgy driver I came across on my travels.

The moral of the story? Always agree the price or the terms of the meter upfront. Never say it’s your first time in that country or risk a lengthy detour. Also, research likely prices, particularly from the airport.

But after paying for a coffee I noticed the receipt was in sterling, even though the chip and pin machine stated the local currency amount.

It was only a £2 or so coffee, so the loss was a few pennies. But it was seriously cheeky not to be given the option. I’d long left the shopping centre when I noticed, so there was no comeback.

The bitter taste in my mouth afterwards was not just the result of the rubbish coffee.

I’ve got an iPhone and I always ensure data roaming is switched off before I leave these shores. It means I can’t access the web while abroad using my network, so I don’t end up paying huge charges.

I’ve just got my O2 bill to see a £22 charge for "non-EU browse and download". But I couldn’t have used my phone’s network overseas as data roaming was off throughout and I only used wi-fi to browse and check emails.

This isn’t the first time I, or indeed other users, have received these incorrect iPhone charges. The networks and Apple have always insisted there is no glitch with the handset, but how else could this happen? See the Erroneous iPhone charges and Mobile internet shock MSE News stories for other examples.

O2 customer services can expect a call from me shortly.

The moral of the story? Ensure your data roaming function is off before you leave and only switch it on if you really have to. Try to browse the web using wi-fi only. If you know beforehand you’ll need to use your mobile network to get online, check what package your provider offers to limit costs.

Have you experienced similar problems? Please report them in the MSE forum or in the comments section below, and let us know your tips to beat dodgy charges.