Would you live at a murder scene to bag a house price discount? 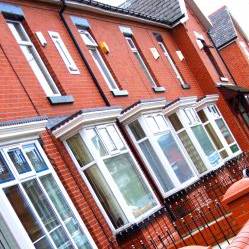 How far would you go to get your own place?

I’ve recently started to look at buying a flat in London, but with the prices, it’s tough. We thought that we might need to consider compromising.

But how far will we go to get our own place? Scrap the garden? Live miles from a station? Live in a murderer’s home?

Yes, I said murderer’s home. Would we be prepared to live in a place with a grisly past if it meant we’d get a bargain?

I imagine all evidence of any horrifically tragic murder would be long gone. But I would never feel comfortable living there. In the face of all MoneySaving logic, I just couldn’t do it.

Now I presumed most people would think like me. The thought of living somewhere scarred by tragedy would trump getting a foot on the property ladder.

Then I showed my MSE colleagues this flat listing in Muswell Hill, north London – note “buyers are asked to research the history of this property”. That’s because it was the home of serial killer Dennis Nilsen. When he moved here in 1981, he’d already murdered at least 12 young men.

He went on to kill at least four more here, and was caught after he tried to flush body parts down the toilet. He was jailed in 1983, but the flat’s still standing.

It’s being sold by auction next month, with a guide price of £240,000 – a bargain for what looks like a great flat in a lovely-looking street.

So would my colleagues buy a home with a tragic past?

But the majority didn’t see it as a problem – they could get a home cheaply and not be bothered by its gory history, with reactions like:

“Not really bothered, if the home is amazing, why not? I don’t believe in ghosts and all that, so I’d just carry on with my life.”

“You don’t know the past of your house anyway. Someone may have been murdered in there and the culprit got away with it.”

So could you live in a home if it came with a tragic past? Vote in our poll, or leave a comment below or in the forum.