Claiming on my travel insurance: Should it really be that hard? 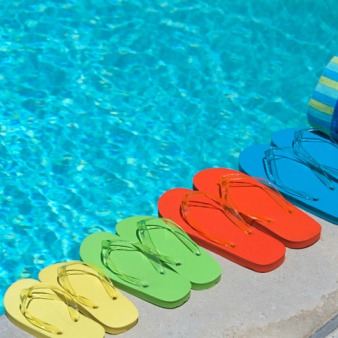 I’ve just successfully claimed on my travel insurance, but the experience left a bitter taste in my mouth. I had an arduous battle with my provider where it nearly got away without paying me for a legitimate claim, and it’s made me think a big change is needed from insurers before they can be trusted to act fairly.

On a recent mini-break (I was abroad for 32 hours), I was robbed of my mobile phone as I tried to find my way back to my accommodation.

Fortunately, I wasn’t hurt. All things considered, it could have been a lot worse.

When I returned to the UK, I rang my travel insurer and told it what had happened. It immediately asked for the police report on the robbery, but I explained I hadn’t been to the police as:

The claims handler said she’d speak to her bosses and come back to me.

‘No IMEI number, no claim’

I received an email a few hours later telling me that because there was no police report, and I didn’t have an International Mobile Equipment Identity (IMEI) number for my phone – which is stored in the settings, or engraved onto the back of some phones – it was rejecting my claim.

We then exchanged a number of emails where I pointed out the insurer was relying on the small print to reject my claim. In my view, it was a breach of its obligations under the Financial Conduct Authority’s (FCA) Treat Customers Fairly policy.

I also added that the manager at the hostel I stayed at was aware of what had happened.

After several conversations and emails, my insurer agreed it would reinvestigate the claim providing the hostel manager confirmed my account of events. But even then, it still wanted my IMEI number.

By this point, I felt very frustrated. It seemed my integrity was being questioned, and that the insurer was doing its utmost to reject my claim on any basis it could.

I’d already provided a screengrab showing the model ID of my phone from Google, and that it was last seen when the attack occurred, but the insurer was still demanding the IMEI number – a piece of information I’ve never worried about keeping a note of before.

‘Finally my claim was accepted’

I then remembered Google may have stored this information for me as Android phones are linked to Google accounts. After a bit of searching, I managed to find it on Google’s Dashboard.

So I wrote back to the insurer with the IMEI number and also asked my insurer that anyone else with an Android mobile claiming insurance in future should be directed to Google Dashboard.

Finally, my claim was accepted and I was promised my money back. It took three days and a lot of stress to resolve. My worry is that without my knowledge of IMEI numbers and the FCA’s rules on treating customers fairly, I may not have been so successful – at least not without it taking months via the Financial Ombudsman Service.

What are your thoughts? Have you struggled to claim on your travel insurance after your mobile was stolen or lost? Please share your thoughts in the discussion below, or in the forum.