Like magazines? Head to your local library for free digital copies 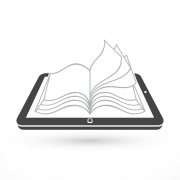 You can get up-to-date magazines directly onto your smartphone

I know public libraries have moved into the digital era by loaning out e-books (see our Free e-Books in Libraries note) and even MP3s for no charge, but I recently discovered that many offer another digital delight.

A couple of months ago, I was wiling away a Tuesday afternoon in my local library in a vague attempt to apply for jobs (at the moment I’m an editorial intern at MoneySavingExpert.com), when I came across a leaflet saying I could get up-to-date issues of digital magazine subscriptions delivered to my mobile or tablet for free.

My first thought was I’d probably only be able to get titles which don’t really appeal to me, such as Country Woman or Spreadsheet Enthusiast (OK, that second one’s not real). But my devotion to MoneySaving got the better of me, and I went on a quest to see what was available.

I found nothing on my library’s website (Surrey County Council), bar a brief press release from months beforehand that gave no useful information about where to begin. All that seemed to exist was a Pinterest page showing what magazines were available to members of my library.

After calling a few local council helplines I eventually got put through to someone who was actually aware of the service and could give me the information on how to set it up. Apparently, this was more of a secret than I first thought.

How to get free e-magazines

This is where it gets a little complicated, and where the process may well differ between councils. I needed an online library account, which was straightforward to set up.

Then I was given a link to a page, which asked for my library card details, after which I was asked to create a Zinio account which would be linked to my library login.

Zinio is a magazine distribution service which allows subscribers to access content via their computer, tablet or smartphone applications. If your library is signed up, you may able to access it too.

Once this was done, I had up-to-date issues of magazines being fed directly to my smartphone – including The Economist, National Geographic and Total Film.

Unfortunately, the magazines haven’t been well-formatted for small smartphone screens, so it can be slow navigating between sections. Even on my Mac it wasn’t that smooth and it seemed like the magazines had been directly ported from the paper issue – not particularly digitally-friendly.

Hopefully, as more people start using the service it will gradually improve, but it’s a bit of a shame as the content itself is excellent.

It’s available at other libraries too

Other councils offering the service include Edinburgh, Cumbria and Westminster. It’s best to give your local library a call to find out how to get started, as the process varies in some areas.

It’s a massively under-advertised service yet our councils are paying for it, so if you’re a magazine lover (or think you could be), I’d encourage you to find out if your local library is participating and see what it’s got to offer.

What do you think about accessing e-magazines via your local library? Should libraries focus on ink publications rather than digital media? Please let us know your opinions and share how you fared trying to get access to the service in the discussion below or in the forum.