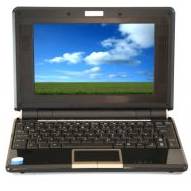 Today, the Advertising Standards Authority (ASA) has ruled a TalkTalk broadband deal we wrote about earlier this year was not clear enough. The deal came with a high street shopping voucher and in some configurations was the cheapest deal on the market.

To help people compare the cost against other deals (a nightmare of confusion with different contract lengths and promo discounts lasting different times), we came up with the equivalent monthly cost of the deal, assuming you paid the line rental upfront for the first year and factoring the value of the voucher as cash.

But the ASA felt the workings behind our analysis were not spelt out clearly enough. See the full ASA ruling.

We are journalists, not advertisers

I must admit to some slight frustration at this, as unlike newspapers, our journalistic writing is caught by the ASA’s rules. In our role as journalists, we try to write the most engaging, accurate and user-friendly content as possible to help users save as much money as possible.

The key word in that is "journalists". We are not advertisers.

Newspaper journalists are not caught in the same way, as they have a different model as they take paid advertising. I used to work in national newspapers and we worked in exactly the same way as we do here, only that at MSE we explain products in even more detail to help users make as informed a decision as possible.

With our model, we write about the best deals, and we may or may not get paid if people click through to a product from our site. But when we write, we write as independent journalists, regardless of whether we are paid or not.

As an editorial website, we are trying to come up with a system to help you compare, rather similar to what regulator Ofgem has done with energy prices by creating a typical cost per household. It seems someone doesn’t like our system and we fall foul of the technical rules.

Looking back, we could have drafted the writing of our analysis better, but that’s the difficulty of preparing a weekly newsletter to a tight deadline. It’s just like a newspaper failing to explain a story clearly enough when its journalists are under pressure of a deadline, which often happens.

In a similar, subsequent deal, we’ve written it in a way we think explains the overall cost better. We hope others like it, but you never know.

Broadband is difficult to compare

The reason we had to use this analysis is because broadband firms make pricing so difficult to compare. There are so many variables at play, including:

Compare this to savings accounts where, in many cases, all that often matters is the rate and length of any bonus (ie, the short term rate boost many accounts come with).

In summary, savings accounts are easy to compare, broadband deals are not.

We will never compromise our approach of making complicated deals as easy as possible for our users to navigate by applying our own analysis to make them simpler.

To help with that, we’ve invited the ASA to meet us to work out the best method so we can continue to break down complex deals in an easy-to-understand format for the user – but without falling foul of technical breaches.

I have a meeting set up in the next few weeks, and we’ve already had an introductory chat at our request.

The ASA is there to ensure consumers get the best possible information, as are we. Our aim is to ensure we both continue to do that in a way we are both comfortable with.

Week from 3 August 2022
View more
Get all this & more in MoneySavingExpert's weekly email full of guides,vouchers and deals
FAQs Privacy Past Emails Unsubscribe