It took me eight months to switch bank 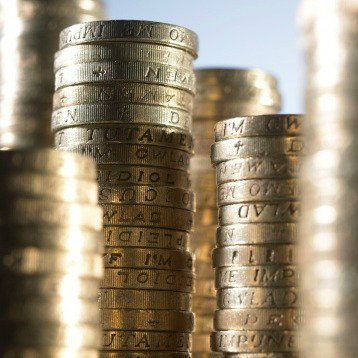 We’ve all been there. We’re going out with a girl/guy (delete as appropriate) we know is no good for us, we know we could do better and yet we stay with them because… well because, often it’s just easier. Usually it’s not until you break up with that person and find a real winner that you realise how bad the situation really was.

I opened an account with what was then Lloyds TSB over two decades ago. I distinctly remember going into the branch and my nana giving me my first money to deposit into the account. And then I became one of those people – until I started to work for MoneySavingExpert – that just stayed loyal.

And like with the slightly dodgy boyfriends I’ve had in the past, it wasn’t because I was completely happy, but I think it was just because it was habit and it was familiar.

But it was the splitting of the bank into two separate entities, Lloyds and TSB back in 2013 and the terrible service I received as a result, coupled with working at a company that advocates "ditching and switching" if you’re not happy, that convinced me to switch my current account.

So after Christmas I came back into the office and opened an account with First Direct with a view to switching my TSB account to it when it was all set up.

So far so simple. I received the card, pin number and all the usual reams of paperwork you’d expect in the post. I called and spoke to a very cheery woman at First Direct that I informed I wanted to switch my current account. I then reached the final step where I had to read one last lot of paperwork First Direct had sent before I agreed to switch. And then, nothing.

That must have all been back in late January and it wasn’t until my colleague reminded me First Direct is a fee paying account unless I deposited enough money into it – aka my salary – that I realised I was going to start to get stung if I didn’t actually switch.

Why did it take me so long to switch?

But why had it taken me so long to switch? I had a half-hearted attempt at AS psychology back in school, and by no means am I an expert, but something makes me think there is something psychological going on here!

Everything was there to encourage me to switch, bad service with my existing bank, a lure of £100 to switch to the new bank and yet I dragged my heels.

I kept telling my colleagues the reason I was being so slow was that I was busy with the new flat I’d just bought, or planning for my wedding, but I think these were just excuses.

A part of me didn’t seem to want to let go of something that had been such a consistent part of my financial life. Even though I wasn’t happy, I knew what to expect, I knew how everything worked and for the familiarity, I was just willing to put up with the bad service.

But you’ll be happy to know I have finally switched. And when I went onto my TSB internet banking and saw that my old current account had finally been deleted, instead of feeling a bit sad as I expected, I actually felt a sense of relief.

I still hold some accounts with TSB and it’s my plan to slowly get rid of all ties, but I have a feeling that after taking this first step it won’t be as bad the next time round, especially if First Direct turns out to be a winner.

Do you keep meaning to switch banks but feel like something is holding you back? Maybe like me you have some strange emotional connection to your provider. Please let us know your opinions in the discussion below or in the forum.