Is social media the only way to successfully complain these days? 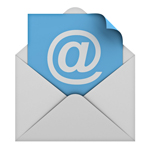 My Twitter complaint was resolved in a matter of hours

I recently downloaded the Addison Lee app on to my phone – after slipping a disc in my back six weeks ago the need for taxis has increased somewhat.

It’s a well-established, seemingly trusted company (that even had a TV show made about it if my memory serves me correctly). So when I had to put my credit card details in to set everything up, I didn’t bat an eyelid.

In fact, having the option for the taxi fare to just be debited from my account when I don’t have the right change is rather handy.

But after my credit card was automatically charged for a 10 minute ‘waiting time’ five days after a night out without any explanation or evidence of this wait actually taking place, I started to question whether Addison Lee having my credit card details to hand was such a good thing.

To say I was livid is an understatement. And it wasn’t the extra cost that I was annoyed about, it was only a few pounds. But it wouldn’t have mattered if it was £1 or £100, it was the principle that mattered to me.

As I said, my back has been bad, but I took the lift down from my third floor flat as soon as the text arrived from the driver to say he was outside the flat and a quick glance out the kitchen window confirmed this was the case. It took a moment, not 10 minutes, so I was 100% confident that this added charge was not warranted.

It also annoyed me because had I chosen to pay by cash, this wouldn’t have happened – the driver couldn’t obviously argue a wait that never happened with me then and there.

Outraged, I immediately responded to the email alert that said I had been charged to voice my complaint and ask the company to provide evidence of the waiting time. I got an automated email saying someone would get back to me within five days. Patience is not my forte, I couldn’t wait that long.

Instead, I turned to Twitter. The tweet I sent was polite but expressed my anger at the situation. Within moments I had a tweet back from Addison Lee asking me to provide them with my case number. But what happened next I was not expecting.

I missed the call, but I had a voicemail on my phone with a sincere apology telling me that not only was it going to refund me the money for the waiting time, but in fact the cost of the entire journey. Result. The money was in my account a few days later, no questions asked.

The whole issue had been resolved in a matter of hours, simply by sending a tweet.

It got me thinking; is social media the only way to get anywhere with complaints against companies these days? I have had similar issues in the past that miraculously got resolved as soon as an aggrieved tweet was sent to the offending company.

So I think in the future I will skip the traditional first step and just head straight to Twitter.

Have you had similar experiences when complaining via social media? Please let us know your opinions in the discussion below or in the forum.

What does Addison Lee say?

"Whether customers are getting in touch to offer praise, or indeed complain, it’s our job to respond quickly, and effectively.

"The beauty of social media is that while negativity is sometimes aired in a public forum, it challenges brands to up their game. It rewards brands that adopt a personal, but effective touch and, with the right approach, the opportunity is there to turn those negatives into positives – something that we always aim for."