Living without Sky – we did it! 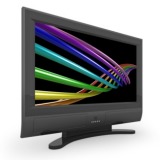 Could you live without some of your favourite channels?

Back in 2012 I did a TV viewing audit and decided we weren’t watching Sky channels enough for it to be worth paying for them.

We’d had Sky TV for a few years and had considered cancelling before we decided to move house, but we were offered free installation with a new dish and a discounted package in our new home on a new 12-month contract, so we took it up.

We figured we could cancel at the end of the new contract and we’d still have the dish if we ever chose to go back to Sky.

We let things slip though and ended up paying full price for channels we hardly watched after the discounted package ended (bad MoneySaver, see our Cancellation Heroes guide for tips on avoiding this).

However, after a year of paying more than we wanted to for Sky, we decided to get a Freesat box for about £200.

We could have gone on to Freeview and not paid anything, but Freesat had a couple of extra channels that made up for some of the Sky channels we’d be losing. It had NHK World, an English-speaking news channel from Japan (my husband’s Japanese), and while we thought we’d really miss National Geographic, we later found we could watch Air Crash Investigation on Channel 5, so we were happy bunnies.

For more than two years we have been entirely happy with the channels we can watch on Freesat. There are plenty of kids’ channels to keep the children entertained when they watch TV, plus we top these up with the odd Blinkbox rental and DVDs, many of which we already own and which can be watched over and over again for free.

I’d like to add that we do also do a lot of activities that don’t involve watching TV, such as going out and getting fresh air!

We broke even in roughly a year compared to when we were with Sky and saved around £250 in the 18 months after that even factoring in the cost of the DVDs and rentals.

If you’re not quite ready to give Sky up, see our Haggle with Sky, AA and more guide for tips on how to get the cheapest price.

Have you given up Sky, or even TV completely? Did it work for you and have you calculated how much you’ve saved? Tell us on the forum or below.