Buying medicine? Generics can be up to 85% cheaper 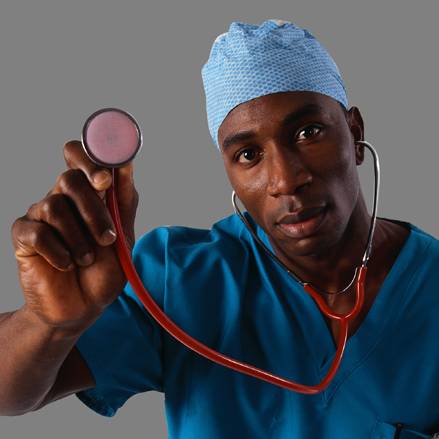 Is there any difference between branded and unbranded medicine?

Health may be more important than wealth – but that doesn’t mean you have to shell out more on branded medicines when generic equivalents are often a fraction of the price.

You may know that branded and generic (unbranded or own-brand) medicines often have the same active pharmaceutical ingredient – and that it’s therefore often possible to save by opting for the generic version (for more info see our Cheap Medicines guide). But just how much is the price difference on a basket full of medicine?

I selected 10 non-prescription drugs commonly found in medicine cabinets and did a price check – starting with a quick online search of Asda, Tesco, Boots and others, followed by a trip to Camden High Street in central London to see how shops such as Savers, Poundland and the 99p Stores compare.

Without fail I found that generic medicines were cheaper every time – and in the most extreme case you could end up paying almost seven times more for branded equivalents.

The table below shows the best prices I found. It’s by no means exhaustive, but it gives you an idea of how to stock up without breaking the bank.

Is there any difference between branded and unbranded?

The trick when it comes to comparing branded and generic products is to compare the ‘active’ ingredients, which is the actual medicinal element.

The Royal Pharmaceutical Society, the professional body which represents pharmacists, says branded and generic products are the same if the dose of the drug and the formulation (whether it’s a tablet or a liquid) are exactly the same.

It adds that regardless of which one you opt for, all medicines are made to the same standards – you get the same protections and quality control with generics as you do with branded drugs.

If you have any allergies though, do check the non-active ingredients too, Don’t assume they’re the same in a generic product as they are in a branded one. If in doubt, ask for help at your local pharmacy.

Be aware too that some brands also market several different products that on closer inspection all contain the same active ingredients, so again the golden rule is if in doubt, ask.

It seems that we’re not the only ones to have spotted this either, as the Australian Competition and Consumer Commission has recently started legal proceedings against Nurofen manufacturer Reckitt Benckiser over some of its pain relief marketing.

It’s alleging that some Nurofen products are marketed differently to treat different types of pain, despite containing the same active ingredients. Nurofen however says this case only applies to Australia and that it doesn’t relate to the UK where all Nurofen products remain available. It adds that there will be no changes to packaging in the UK.

Why are the prices so different?

The prices differ drastically because the company which initially develops the drug has to recoup the huge cost of all the testing and patenting, and it only has a set number of years to do so before other companies are also allowed to sell the product.

Given that most new drugs take between 10 and 15 years to develop, this means the pharmaceutical company usually only has a few remaining years on a 20-year patent to cash in on its product.

The big brands are also often backed by huge advertising campaigns, which is another cost generic drugs often swerve.

Where is the best place to buy?

Supermarkets and discount stores such as Savers tend to be cheapest, particularly for very common drugs like paracetamol and ibuprofen. Of the 10 medicines I looked for above, those that I could find in a supermarket or discount store were invariably cheapest there.

It’s worth mentioning though that shops without an in-house pharmacist will always have fewer products on offer as there are strict rules governing which medicines can be sold without supervision – even if they are non-prescription.

Bear in mind too that independent pharmacies can sometimes sell a broader range of generics than large pharmacy chains, some of which have taken to producing own-brand versions of generics which aren’t always the cheapest. Never be afraid to ask the pharmacist for the cheapest generic version.

Online pharmacies can also offer knock down prices, particularly on items such as hayfever medicines cetirizine and loratadine, but you need to look out for delivery costs which can slash any savings (that’s why no online pharmacies featured in the table above). For piece of mind it is also worth checking that an online pharmacy is regulated.

Do you have any tips on how to cut the cost of buying medicine? Please let us know via the comments section below, or on the forum.