What happens in Vegas, doesn’t always stay in Vegas 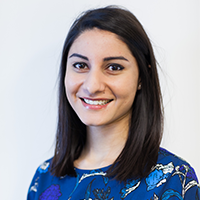 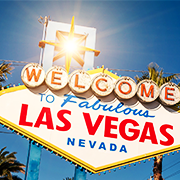 Viva Las Vegas! The entertainment capital of the world is renowned for trying to make you spend big bucks on theatre shows, casinos, restaurants, clubs and more. But by giving up a couple of hours of my holiday time, I saved around £240 ($366) on theatre tickets on my recent trip.

And instead of sticking by the old adage; "what happens in Vegas, stays in Vegas", I’m going to share how I made my savings with you…

What did I get?

Here’s what I got:

How did I get it?

To get the discounted theatre tickets I signed up to a timeshare tour. This is where a company shows you around a new resort in the hope that you’ll buy a holiday home there.

However as a ‘thank you for visiting’, the timeshare company offered me discounted theatre tickets.

The itinerary and length of the tour will vary from company to company. The one we did in Vegas started with an hour long presentation (which we listened to while eating our free breakfast), after which we were taken on a tour of the resort.

This was followed by a Q&A session (while we ate our free sandwiches) and finished with the hard sell by the sales rep. In total it took around three to four hours.

If you’re thinking the above sounds like a breeze, be prepared, this isn’t for those who crumble like a Hobnob at the first sign of pressure.

The reason they want you to go is so you buy one of their timeshare apartments and they’ll try every trick in their thick ‘timeshare bible’ book to try and get you to buy.

You need to be strong-willed and out rightly say ‘no’ if it’s not for you and do not budge on this, keep stating that you’re not interested and you’re only there for the freebie/offer.

I had to say no four times before they finally backed down and ushered me into another room to collect my theatre tickets.

Former MSE Rose had a similar experience with pushy timeshares salesmen back in 2012 too. She even had to pay a deposit to listen to the sales spiel. See her How a sales rep claimed timeshares prevent cancer blog for the tactics used and how you can get around them.

Is it morally wrong to do this?

In my opinion, going along on a timeshare tour just for the freebie/deal, isn’t wrong. It’s just being financially smart. As long as you aren’t rude to the sales reps and hear them out (which, is all they ask you to do anyway) then your freebie is well earned and justified.

Have you gone on a timeshare tour just for the freebie/other offer? What was your experience of it? Please let me know your thoughts in the comments section below or via the forum.