Only got Sky Sports or BT Sport for football? How to net a saving by cancelling for the summer 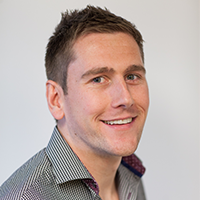 Only got Sky Sports or BT Sport for football? How to net a saving by cancelling for the summer

The thought of the football season coming to an end this month brings many footie fans out in a cold sweat (me included) and we’ve had many people ask whether they can cancel their Sky Sports or BT Sport subscription to cut costs during the summer and start it again in August.

Well, if you’ve only got it for the football, the simple answer is ‘yes’. See our Digital TV deals guide for the best deals and our watch the Premier League for less guide for 20 tips to find the cheapest package.

The Premier League season ends on Sunday 24 May, with the Championship play-off final on Monday 25 May. The FA Cup final is a week later, but this is on terrestrial TV so you won’t need Sky Sports or BT Sport to see the climax to the domestic football season (when Arsenal see off Aston Villa to claim a record 12th FA Cup – I hope!).

You’ll also be able to watch the tennis at Wimbledon on the BBC as well as The Open Golf Championship at St Andrews in July. Formula One fans will be able to see the races from Canada, Britain and Hungary live on the BBC in June and July.

Of course, cancelling Sky Sports will mean you miss out on the other sports Sky has the live rights to, including the US Open golf in June and cricket, which ahead of an Ashes summer may make you think twice.

However, if you’re going to re-start your subscriptions again in time for the Premier League season in August, you’ll only miss the first three Tests against the Aussies (although that urn may be ours by then!).

If you’re cancelling Sky Sports or BT Sport, be wary of the rules as they differ depending on your TV provider.

If you have another package such as broadband dependent on your sports package, this may not work for you as you could lose any discount and find yourself paying more once you restart your Sky Sports or BT Sport in August.

And also be careful of doing it too early, or you may miss out on the climax to the season.

Here’s what you should do if you just get Sky Sports or BT Sport for the Premier League football and want to cancel for the summer:

– TalkTalk customers should cancel Sky Sports by 24 May if you’re outside of the first month and it takes effect within 24 to 48 hours. If you’re not, wait till the end of the month to cancel. It bills in advance but you will receive a part month credit for any advance monthly charges you incur. It doesn’t offer BT Sport.

– BT customers cancel asap as you must give 30 days’ notice (as long as you’ve had Sky Sports or BT Sport for at least a month).

– For Virgin customers, it depends on your contract. You can cancel Sky Sports anytime with no charge. Each monthly payment pays for a whole month, so when you cancel you can still get the remainder of that month, which could end tomorrow or in 30 days, depending on when you started. So time it right so you catch all the matches, but don’t overpay. For BT Sport, some have it included in their TV package anyway (the TV XL bundle which comes as part of its Big Kahuna or Big Daddy packages), if you don’t and want to cancel, you need to give 30 days’ notice so don’t hang about.

Can you haggle to get it free for summer anyway?

When you cancel – or say you want to cancel – you may be offered a special deal to keep Sky Sports or BT Sport. Don’t tell ’em you plan to re-start again in August, see this as a great chance to haggle. (See our Digital TV Deals guide for how to haggle down the price.)

In fact, many people are enjoying success haggling with pay-TV companies, and Sky in particular (see How to beat Sky price hikes).

I have a subscription to Sky Sports and I’ll be one of the footie-mad MoneySavers cancelling my subscription for the summer and starting it again in August.
Just in time to see my team Arsenal, hopefully boosted by some serious summer signings, kick off the new Premier League season in style.

Will you be doing the same? Let us know what you think and if you have any success haggling below or in the forum.