Smartphones may be popular, but they’re not exactly MoneySaving. So when we heard EE had launched the EE Rook, a new £49 smartphone promising 4G connectivity and other hi-tech features for less than similar phones on the market, we were keen to take it for a spin.

I work as a developer at MoneySavingExpert (it’s my job to make sure the website works properly and looks good) and I’ve been thinking about replacing my Samsung S3 for a while. I want a handset that can handle 4G because, let’s face it, it’s the future of mobiles and I like the faster download speeds. But with the latest Samsung S6 costing an eye-watering £560, I wanted to try out a cheap alternative.

Now, MoneySavingExpert focuses on saving money rather than reviewing tech (the clue’s in the name). So this isn’t a comprehensive assessment of the phone’s pros and cons – for that, you can see TechRadar’s review. Instead, we looked at the keenly-priced Rook from a simple ‘does it do the job?’ perspective.

To be clear, if you’re after a smartphone which can do 4G, the Rook is very competitive on price. It’s £49 directly from EE* (plus you’ll need to top up a minimum of £10) – if you’re already an EE mobile customer, you can get it for £39 (though if you order online* you’ll need to call EE to get the discount and you’ll still need to top up a minimum of £10). Either way, it’s one of the cheapest 4G phones out there. Existing alternatives, such as the Motorola Moto E* and Nokia Lumia 635*, cost around £70-£100 when we checked.

It’s worth noting the Rook comes locked to the EE network. This wasn’t an issue for me, as I’m already with EE, but it’s worth bearing in mind – if you want to get it unlocked so you can use it on other networks, see Mobile Unlocking.

So, how did the Rook stack up? 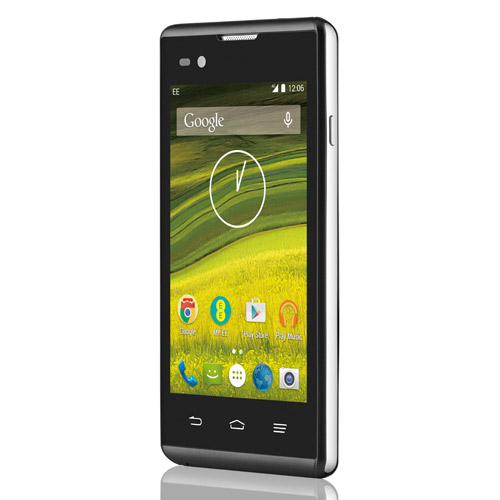 A front view of the Rook

This is where this phone really stands out – using it, it seems incredibly efficient. In part this is due to it running the latest Android 5.1 (Lollipop) OS.

Also, without getting too techie, the phone is packed with hardware that’s in another league compared to other basic phones – in some ways it almost matches up to high-end smartphones without the high-end price. It has a 1GHz quad-core 64 bit processor with 1GB of RAM, which makes it nice and fast to operate. Its only downfall in hardware is a limited 8GB of storage space, though an external micro SD card can be fitted to boost this.

The phone can handle numerous apps being open at once and allows speedy switching between apps and tabs. It has three touchscreen-like buttons that are fairly standard, with a back button on the left, home button in the centre and a tabs button on the right. These are all simple to operate but they don’t light up which makes them less obvious in poor light.

My initial expectation before seeing the phone was that it would seem cheaply made, similar to some of the bargain tablets you can get on the market. I was pleasantly surprised to find it is very neatly put together and well-built, especially considering the price.

It’s mainly made of plastic and has a 4-inch screen, so a decent size. But as you might expect, it doesn’t look as slick as an iPhone or a Samsung, and only comes in one colour – black. For someone who just wants a phone to work and look OK though, it suits.

The 4G seems to work great. It is difficult to quantify exactly but it is notably faster than an ordinary 3G network and using the Rook didn’t hinder that at all. However, having quicker connectivity allows you to do more on the internet, which can result in a greater usage of data.

The five megapixels camera isn’t the greatest, but if all you want to do is post quick pics on social media, it does the job in the daylight (there’s no flash for poor light or night pics…). For selfie-lovers though, its front-facing camera isn’t the best quality (only 0.3 megapixels) so don’t expect glamour shots. 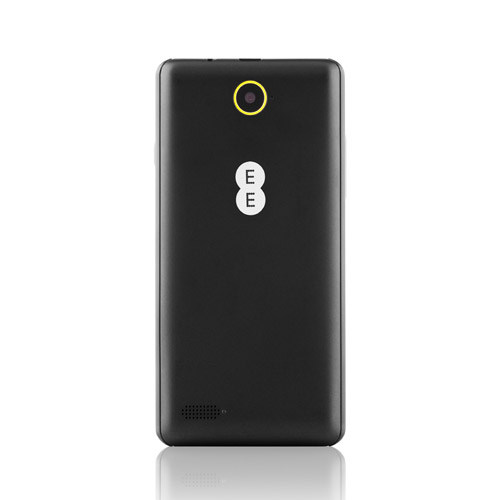 The Rook uses Android as its Operating System (OS), which will be familiar to many. It was easy to switch the phone on and start using it within a few minutes, and set-up is straightforward. If you already have a Google account, it’s as easy as typing in your email address and password – and if you don’t have one, you’ll need to set one up in order to download apps anyway.

For those who haven’t used Android before, the initial set-up offers a simple tour that will help you get to know your way around the phone.

Apart from the camera being nothing fancy, the big limitation is its looks. Yes, it’s well-built and functional, but it won’t win any beauty pageants. The Rook screen is small, and the quality of it average. Plus there is a fairly large amount of black space around the outside of the screen.

But for £50, these are relatively small concerns – if you can live with them, then as a budget smartphone which still has the ability to latch on to the fastest mobile data networks, the Rook’s really something to crow about.

Its price makes it great value, and its functionality is great for someone who uses their phone for the basics – calling, texting, and the occasional email or browse of social media. Will I continue to use the Rook? Absolutely.

Have you tried out the new Rook? What do you think? Let me know your thoughts via the comments section below or in our forum.