We’re changing the cashback you get for switching energy supplier 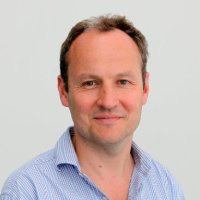 Unfortunately we’re dropping the amount of cashback we give to anyone who switches energy through us. As always, we like to be transparent, so here are our reasons why.

Whenever you switch energy provider via us, we get paid by the company you switch to (though this doesn’t mean you pay more – if you switched directly with a supplier you’d get exactly the same deal).

Uniquely, as a site we’ve been upfront about this, and always shared the payment by giving you around half in cashback. Since we launched Cheap Energy Club in 2013 that’s been £30 cashback for a dual-fuel switch (£15 single fuel).

However, because the energy market has got more competitive in the last year or so, some companies now pay less for every switch, particularly for our collectives.

Until now we’ve absorbed the difference, and still paid the £30 cashback, as we hoped it would just be a short-term market blip. Unfortunately, we’ve now decided to reduce the amount we give. From Friday 1 September the cashback when you switch through us will drop to £25 dual fuel (£12.50 single).

To be plain, as different companies pay different amounts, we’re not saying this is half what we get each time, but that overall this is what we predict will represent about that for the switches we do.

Some firms pay more, some less, but rather than calculate the split each time (which would be difficult, add to our costs, and thus reduce the cashback we can give) we’re going with one blanket figure. We hope this is the end of it, and we won’t have to make any further changes to the cashback we give in the foreseeable future.

Of course we’ll continue to show whole-of-market comparisons through Cheap Energy Club, so you’ll always be able to see the cheapest deal, irrespective of whether we can switch you and give you cashback. Plus, if we can find a way to beat the cashback then of course we will, via deals we may set up in future.

This blog was written by MSE’s editor-in-chief Jason Mills.