How much should you save for your child to go to uni? calc 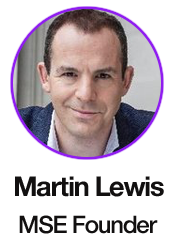 The implicit premise, for all countries except for Wales, is that parents will fill the gap, but implicit isn't good enough. It should be explicit. Yet this fact, never mind the actual amount, is hardly touched on in any official literature.

All I can find in England are flaccid mentions buried in the Student Loans Company's 'How You're Assessed' guide, which says "depending on their income, parents may have to contribute towards your living costs while you're studying".

That isn't good enough. Parental income is the ONLY element that dictates how much of the full living loan a student gets. The loan letter should say something like (based on a student starting university in September 2020, living in London with £70,000 combined family income):

"Student – your maintenance loan is £5,981 a year. This is less than the full loan and we expect your parents to make up at least the £6,029 difference."

Yet that doesn't happen. The offer letter only says the loan amount – it doesn't even say what the maximum loan amount available is, which would make things easier.

I hope one of our ready reckoner calculators will help you work that out. The Government should be telling parents how the system works, and helping them prepare for future outgoings – yet as it won't, we will.

And as our aim is primarily to give you advance warning of how much to save, we do this over the full term of your course so you can see the total.

Why doesn't the Government tell people?

I've raised the same issue directly with every subsequent Universities Minister, each of whom has been very sympathetic to the plight. Yet… they've done nowt about it.