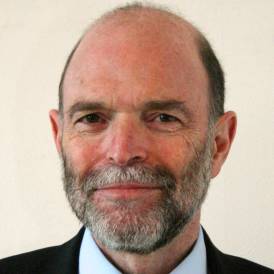 With university tuition fees set to rise to up to £9,000 a year from 2012, Nicholas Barr (right), a London School of Economics professor, who brought the current Income Contingent Repayment system to the UK, says governments have done a disastrous job of explaining true costs.

One of the worst features of the debate about paying for universities is that all governments have been woeful beyond belief in explaining how the system of student loans work.

They have let the word 'debt' escape, and run round like a rabid ferret. So people think of student loan debts like credit card debts. They are not.

They are a payroll deduction, like income tax and national insurance, but smaller than either. A better way of thinking of the system is as a form of graduate tax, but one that does not last forever.

Before explaining, it's a good idea to answer the 'so what' question, ie, why is going to university a good idea?

So why should I go to university?

The argument the Government gives for going to university is graduates generally earn more than non-graduates.

That is true, but it is only part of the story. When I meet my ex-students they are not all making shed-loads of money (though some are). But what stands out is most of them really enjoy their work.

Because people are living longer they will have to work longer – so you will be working for a long time.

So it's enormously important to have a job where you don't wake up on a Monday morning with a sinking feeling in the pit of your stomach.

Having a degree does not guarantee that – and of course many people without a degree also enjoy their work. But having a degree increases your chances of having a job that pays well and which you enjoy.

If you put it that way, yes. But that is not the way to put it.

Here are the key points:

If I want to buy something on credit after my degree, will my student loan be taken into account?

Yes, but that won't be a problem. Lenders (mortgage, car, etc) are normally interested in your take-home pay, net of deductions like income tax, national insurance and loan repayments. The latter will reduce your borrowing capacity, but not by much since your monthly repayments are a relatively small fraction of earnings.