Get annual cover from £18/yr, or less for single trip cover 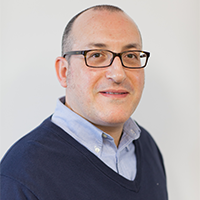 Though restrictions are in place meaning international travel is currently suspended,  if you're planning a trip overseas at the first opportunity, getting cover is starting to become easier. Here's what you need to know when looking for a new travel insurance policy.

This guide is primarily about getting NEW travel insurance policy – for when you are allowed to go, and not before. For current policies, or if you're looking for more information about your travel rights and what your existing policy might cover, see our Coronavirus Travel Rights guide.

The aim of travel insurance is to cover the cost of the unforeseen, such as illness and injury or theft of your personal possessions while you are on holiday.

It's also designed to cover you if you have to cancel your trip before you go, or if you need to return early due to an emergency. But before you buy, here are eight things you should know.

Important – please read first: coronavirus and these policies. The policies we list below cover medical costs if you catch coronavirus while on a trip, plus there are also a few that also cover you if you need to cancel because you or a family member gets coronavirus before travelling and can't go. The tables below detail what each policy covers for single-trip and annual insurance.

Travelling against Foreign Office advice? We've found four providers that give some level of cover for this if you are looking for a new policy. The level of cover, and restrictions, differ.

We've based our picks on levels of coronavirus cover and price, plus we've made sure insurers meet our normal travel insurance minimum cover levels. We don't know how good service will be, though, especially in these extraordinary times. We hope this helps.

We're about to take you through our top picks – but before we do, you must know...

If you're only planning one trip during the year, single-trip insurance is usually cheaper than annual cover. Here are the policies we've found that give some coronavirus cover, ordered by price...

Prices correct as of 23 Mar 2021.
(i) Price based on an individual, to Europe. The price will vary depending on your age, and will increase if you require worldwide travel, winter sports or need family cover, for example.
(ii) This excess is for medical claims, and reduces to £50 for baggage claims.

If you're planning to go away two or more times, annual cover is usually cheaper than buying a policy for each trip. However, most providers need you to go away within a few weeks or a few months of buying the policy – so keep this in mind when considering which to go with.

Here are the policies we've found that give some coronavirus cover, ordered by price...

Prices correct as of 23 Mar 2021.
(i) Price based on an individual, to Europe. The price will vary depending on your age, and will increase if you require worldwide travel, winter sports or need family cover, for example.
(ii) This excess is for medical claims, and reduces to £50 for baggage claims.
(iii) Annual policy automatically includes worldwide cover with winter-sports extension as standard.

Travel insurance if you're travelling against Foreign Office advice

If you decide to travel to a country that has a Foreign Office warning against travel (though note we're not encouraging you to do so) and are looking for travel insurance to cover it, we've found some insurers that give some level of cover. Here's how it works...

Here are some insurers to consider:

Use comparison sites to find cover to suit your needs

For a wider selection of insurers, and if you want more protection, eg, gadgets, delays, airline failure, missed departure and more, then it's worth doing a full check using comparison sites such as MoneySupermarket*, Compare The Market, Confused.com* and Gocompare as they allow you to adjust your quote to suit your needs.

How to claim on your travel insurance

Claiming on your travel insurance shouldn't be daunting and – if you understand the terms and the excesses on your policy – you shouldn't be in for any nasty shocks. Follow the five steps below if you do need to make a claim.

How to complain about your insurance provider

The insurance industry doesn't have the best customer-service reputation and while a provider may be good for some, it can be hell for others. Common problems include claims either not being paid out on time or at all, unfair charges, or exclusions being hidden in small print. It's always worth trying to call your provider first, but, if not, then…

Free tool to help you complain

This tool helps you draft and manage your complaint. It's totally free to use, and it's offered by Resolver, a firm we work with to help people get complaints justice.

If the company won't help, Resolver also helps you escalate your complaint to the free Financial Ombudsman Service.