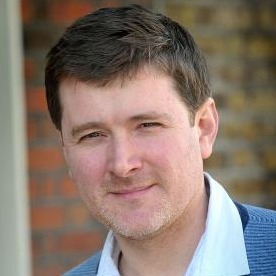 Freelance higher education writer Andrew McGettigan explains how the lowering of the top rate of tax, from 50% to 45% in April 2013, has had an impact on the new deferment threshold for pre-1998 student loans and left some graduates now having to repay their debt unexpectedly.

Unlike student loans being issued now, loans for those who started university before 1998 (known as 'mortgage-style' loans) are fixed-period repayment loans, meaning outstanding balances must be repaid over a five year period. Borrowers earning below a specified threshold are able to apply for deferral.

Each September a new deferral threshold is calculated. For the last academic year, the deferment threshold was £28,775. But the 2014/15 threshold, which came into effect on 1 September, was £26,727 – that's a drop of over £2,000 and will have caught many borrowers by surprise.

The calculation the Government uses to get the threshold figure is based on the Office for National Statistics (ONS) average earnings. Since wages are not falling, it seems very odd that the deferment level has dropped.

I contacted the Department for Business, Innovation and Skills (BIS), which produces the annual calculation on behalf of the private companies that now own the loans: Erudio, Honours Student Loans and Thesis Servicing, and it provided me with its workings.

In July, when BIS did the calculation, it was seeking an estimate of mean annual earnings for January 2015. It began with the latest available data from the Annual Survey of Hours and Earnings (ASHE). Unfortunately, there are delays in the publication of that data, which means that BIS only ever has the previous April's ASHE data to go on – in this case the April 2013 data.

So here's how it calculated the threshold (the figures used are not adjusted for inflation; they are nominal cash earnings):

This weekly figure is then scaled up to give an annual figure.

BIS then uses monthly data about average weekly earnings, which is published more regularly and with less delay, to estimate the likely change in mean annual earnings between April 2013 and April 2014.

This percentage change – a decline in this instance – is then applied to the April 2013 average annual earnings (figure 2) to give an equivalent figure for April 2014.

This April 2014 estimate is then projected forward along the same trend for nine months to reach a figure for January 2015.

But didn't I say at the beginning that earnings aren't falling? They aren't. Look at the chart below: there is a clear trend of increasing earnings. The data point at the heart of the calculation, April 2013, however skews the whole exercise.

The April 2013 figure for average weekly earnings is anomalous as it was distorted by bonus payments from the previous tax year that had been delayed to benefit from the reduction of the top rate of tax from 50% to 45% that month. This rate kicks in on annual income over £150,000 and many City workers had their bonuses delayed to benefit from the tax change, which artificially inflated the ASHE data.

As you can see, the average weekly earnings figure jumps to £486/week in April 2013 from £472/week in April 2012, but has settled back to around £478/week at present. If you just use those data points, it looks as if there were large wage increases in 2012/13, but that we then had a fall in income the following year.

Since BIS then projects that trend forward into 2015, the effect is magnified: we get an estimate based on the idea that wages will have fallen for 21 months by this coming January.

This figure would still mean a fall for this year's threshold as compared to last year, but it's now clear that the calculation for 2013/14 was skewed upwards by the April 13 figure, which was the most up-to-date data available at the time.

It leaves one wondering why the anomalous figure, April 2013, wasn't ignored since its inclusion means that the January 2015 estimate is unreliable.

A BIS spokesperson told me:

"The repayment threshold of mortgage-style loans is calculated annually based on earnings data published by the Office for National Statistics (ONS). This is prescribed in legislation and outlined in borrowers' individual loan credit agreements which are regulated by the Consumer Credit Act 1974.

"We provide a transparent and consistent method of calculation based on the ONS statistics for the preceding 12 month period of April to April. This is the methodology that has been used since the calculation's inception and ensures a transparent, consistent approach, free from departmental, political or third party interference.

"Any action by the department to artificially raise or lower the threshold would not only compromise the integrity of the calculation, but may also breach the legal framework to which we must adhere."

BIS is making the point that its estimation method has been applied exactly as has been done every year. Here, however, common sense would suggest that if one is seeking a reasonable estimate, then one would have corrected for the obvious anomaly.

Moreover, it is important to note that the relevant legislation does not specify how to calculate the repayment threshold. The 1998 Education (Student Loans) Regulations only states that the threshold should be "85% of the lender's estimate of average monthly earnings of all full-time employees in Great Britain for the January when the level will apply based on figures published by the Office for National Statistics".

It was therefore a choice to use the particular method outlined above and the April figures every year. The calculation is not "enshrined in law", although it is not clear whether the sale of loans to private parties has affected the situation, since the terms of those sale agreements are confidential.

BIS argues that it would be unreasonable to break from its "transparent, consistent" approach. One might argue that it was unreasonable to apply the normal approach, when the April 2013 figure is so obviously distorted that the purpose of the exercise is compromised.

Earnings are increasing, not decreasing

The ONS figures overall show earnings increasing, not decreasing, so in this instance the BIS calculation, its established practice, leads to an absurd result, one apparently at odds with what is specified in the law.

Colum McGuire, National Union of Students vice president for welfare, shares these concerns. He told me:

"Few of the graduates affected will understand why the repayment threshold has dropped so much when average earnings have not. The method used in the calculation lacks transparency and given its complexity we would suggest the decision is reviewed to ensure it is right and this has to happen as soon as possible given graduates will be attempting to defer repayment now."

I don't know how many people might be caught out by this drop in the threshold, but I do know they face the possibility of having to pay back at least one fifth of their debt over the next year, before the threshold reverts to a level that more accurately reflects average earnings. But that could mean an unanticipated drain on income of over £100/month.

Erudio, Thesis Servicing and Honours Student Loans were approached for comment. Erudio declined, while Thesis and Honours did not respond.