Guest Comment: More needs to be done to stamp out copycat websites 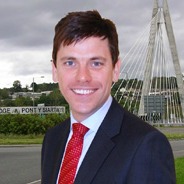 Christopher Evans, Labour Member of Parliament for Islwyn, has today led a debate in Parliament calling for more to be done to crack down on websites that copy government services. He tells MoneySavingExpert.com what he believes is needed to better protect consumers.

There is no doubt the world has been revolutionised by the internet. To people all over, life is more convenient than ever.

Dislike queuing in the supermarket? Shop online. Need to sell unwanted goods? Go on eBay. And to save time on a passport application or to renew a TV licence, then what could be easier than doing it through the computer?

But while the internet has taken the hassle out of life in many quarters, click on the wrong site and it can be more trouble than it is worth, leaving people out of pocket and in some circumstances without the services they paid for.

Sadly, while the internet has provided a great many opportunities it also presents threats. One of these is copycat websites which masquerade as official government websites but are anything but.

They exist purely to trick the public out of their hard earned money. They thrive by using underhand methods to fool people into paying way over the odds for government services.

These websites, though within the law, do everything they can to make people believe their service is official and the cost being paid is fair. Research by Which? found that people are paying hundreds and in some cases up to £1,000 extra for government services that in many cases are actually free.

There is not a single person in any part of the country who uses the internet regularly who is safe from these websites.

As widespread as this problem is, the Government, to date, has not been able to provide any estimate of how many of these sites there are and how many people have been caught out.

Though some action has been taken, problems still exist. Google will not accept advertisements from these sites. However, it takes time to recognise these sites as copycats. The internet moves so fast that once one website is closed down another opens almost instantly.

I would like to see a three-pronged attack on copycat websites.

First, prevention. Transport for London already writes to anyone who has paid the congestion charge but unwittingly used a third party website to do so.

So when someone is written to reminding them that they need to renew their TV licence or car tax, then they should be alerted to these copycat websites and directed to www.gov.uk.

Second, regulation to help people who are stung by these websites. There should be one agency they can complain to with a telephone number and website.

At the moment it can be either of the following two agencies; the Advertising Standards Agency or Trading Standards.

Third, legislation. The Government should look again at the Consumer Rights Act. Where someone believes they are using an official website when they are not, there should be some remedy in law.

Much has been done in this area but there is much more to do; it is time to bring this practice to an end. Most people's experience of the internet is good. If strong action is taken against these sites then it can continue to be that way.