A charity runner from Yorkshire who founded the 'Wombles for Cash' Facebook group in January 2015 has told how it has grown to almost 6,000 members – with 40 making £10,000 in vouchers between them in a single month.

'Wombling' involves finding shopping receipts that have been discarded as litter, then inputting codes on the receipt into supermarkets' price check websites and getting a voucher for the difference.

If you're considering becoming a Womble, here's what you need to know – and some top tips to get you started.

The name comes from the fictional, pointy-nosed, furry creatures known as 'the Wombles of Wimbledon Common', which collected and re-used litter to make good use of "the things that the everyday folks leave behind".

The 'wombling' hobby involves finding discarded supermarket receipts that have codes giving the shopper the chance to benefit from price match guarantees if what they purchased would have been cheaper at a rival store.

You can use anyone's receipts to do this, not just your own. Supermarkets generally tolerate wombling, though they don't encourage it - a letter from Asda seen by MoneySavingExpert.com confirms the supermarket allows the practice. You're not allowed to take receipts from bins or within stores though.

How did Stephen get into it?

Stephen says: "In 2010, I was walking through an Asda car park and I saw some litter on the floor. I picked it up, saw it was an Asda receipt and the Asda price guarantee promotion of the time flashed through my mind.

Stephen made over £50 in his first month of wombling, mainly via Asda. He now makes an average of £120 a month but says it could be more if he lived in an area where there are more supermarkets. His personal record is £14.84 from just one coupon. 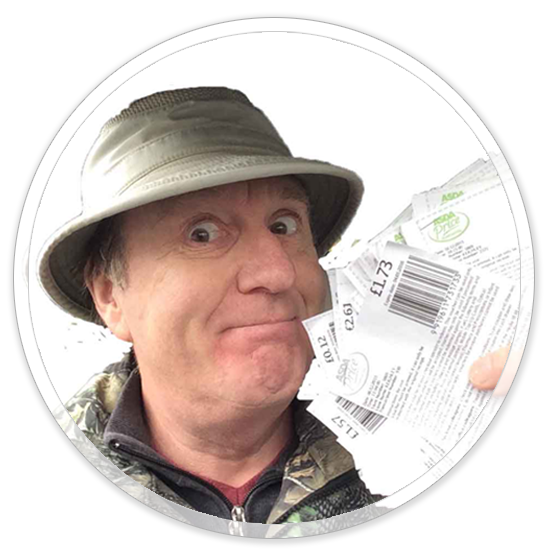 Stephen's Facebook group 'Wombles for Cash' has become a place for enthusiasts to share top tips and successes, and he also runs a YouTube channel dedicated to the subject (you can also see the Remember you're a Womble – 2016 MSE Forum thread).

Forty of the Facebook group's members tallied up their earnings in September 2015 and found they had earned £7,640 between them in one month. In December 2015, they topped that – between them they shared £10,000 in vouchers. Stephen says those who were successful included one single mum who lived on a low income and benefits and made a whopping £750.

Stephen says: "People started shopping early for Christmas, just after November payday, and it was a windy month. Wombles came out in force and we had several people who made £600-plus in the month."

Want to be a Womble? Here are some of Stephen's top tips for successful wombling:

The basics of wombling are simple – find a receipt, put its code into supermarkets' price match websites, then get a voucher for the difference. But there are differences between the major supermarkets:

It's not just supermarkets either – Stephen says he's had wombling successes at fast food restaurants and cinemas.