A new Government payment scheme for widowed parents could end up pushing some claimants "onto the breadline" according to a mum of two who has relied on "lifesaving" payouts made under the existing system since her husband passed away six years ago.

As it stands, if your husband, wife or civil partner dies you may be entitled to a tax-free, lump-sum payment of £2,000. Plus, you may also be able to claim a weekly allowance of up to £112.55 for as long as 20 years.

It means it's currently possible for an eligible parent of a new-born baby where the other parent has passed away to receive up to £119,052 in bereavement payouts – the £2,000 lump sum plus weekly payments of £112.55 for 20 years (the maximum age at which a child no longer qualifies for child benefit – and therefore the parent loses the bereavement allowance).

However, from 6 April this year, the amount of financial support you would get from the Government if you were to lose your other half could plummet – especially if you're a parent of a young child.

This is a result of a move by the Department for Work and Pensions (DWP) to simplify the bereavement payout process. It will mean future widows and widowers with children will receive an initial lump sum of £3,500, while those without children will get £2,500. This will be followed by 18 monthly payments of £350 for those with children or £100 for those without. The maximum available under the simplified scheme will be £9,800.

If you're already claiming under the existing scheme, you WON'T be affected by the changes – only those who lose their other half as of 6 April will be impacted. If you're not already claiming bereavement support and you're eligible to do so, check out the Government site on how to apply.

But while the changes will benefit some – such as childless widows and widowers aged under 45, who will be able to claim a bereavement allowance for the first time – many bereaved parents will find themselves considerably less well-off than those who qualify under the existing system.

MoneySavingExpert.com has spoken to Louise Smith, whose daughters India and Jasmine (pictured below with their mum) were aged three and one when her husband Richard lost his battle against prostate cancer in 2011 – just a year after he was diagnosed with the disease.

Louise first learnt of the little-known bereavement scheme in the months following Richard's death – she was able to claim a lump sum of £2,000 and a monthly widowed parent's allowance of £500/month.

That long-term financial support, which will continue until her youngest child has left full-time education (provided she doesn't re-marry), has been invaluable to Louise who now has grave concerns about how widowed parents in a similar situation will cope once the Government's changes are rolled out in April.

Before her husband's passing, Louise and her family enjoyed a comfortable lifestyle – Richard held a senior role in IT and Louise worked for a consultancy. The couple had a small mortgage and had managed to set aside some savings.

When their first child was born Louise decided to take a career break, while Richard took the plunge into self-employment by launching his own business – they saw it as a risk worth taking. That was before Richard's devastating diagnosis in 2010.

Louise explains: "Five weeks after my second daughter was born we found out that Richard had prostate cancer; we celebrated our youngest daughter's first birthday in the hospice after her sister had insisted that she should have a birthday party – it was the saddest first birthday party you could ever imagine."

Richard passed away a couple of weeks after his little girl's birthday and it was left up to Louise to work out how she would continue to support her two young children.

Louise, who is currently taking a counselling course at university, says: "After Richard died I became aware of bereavement support while I was in a job centre. Through Richard's national insurance contributions I was able to claim the lump sum and about £500/month, which is taxed.

"I had lost Richard but our financial commitments remained more or less the same – although I got a 25% council tax reduction, I still had to come up with the remaining 75% on my own, our gas and electricity bills didn't go down and childcare became even more expensive with one parent.

"A few months ago I had a hip operation and had to pay for someone to come in to help with basic tasks like loading the dishwasher – the [widowed parent's allowance] has been lifesaving. I don't know what I would do without it." 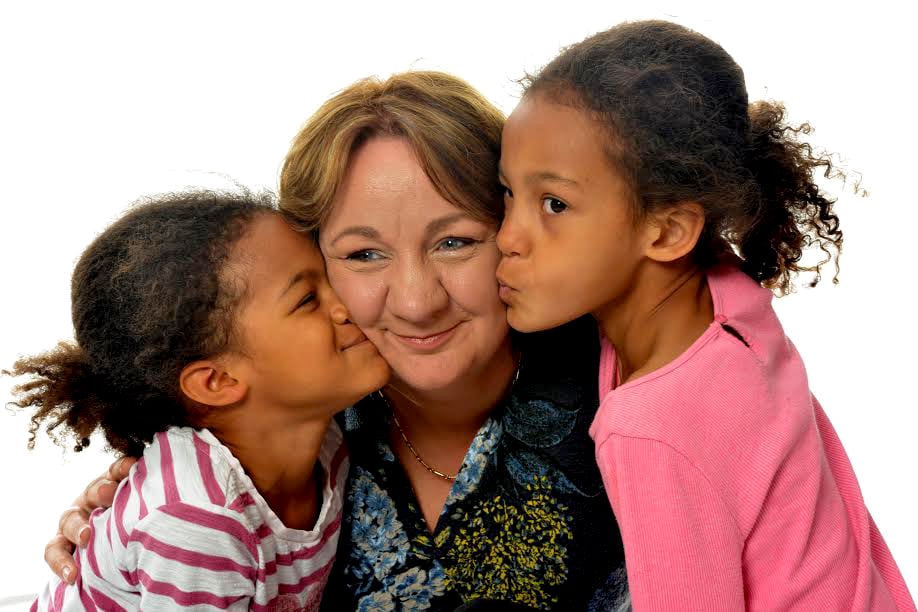 As a former trustee of Widowed and Young (a peer-to-peer support network for people who have been widowed before their 51st birthday), Louise understands only too well how the changes to the Government's bereavement scheme will affected parents who are widowed after 6 April.

She adds: "I feel really strongly about the changes – it's clear that many parents are going to be significantly worse off if they're widowed after 6 April. It will mean that financial concerns prevent families grieving properly.

"People could be pushed onto the breadline by this, it's as simple as that. What's likely to happen is that more people will end up relying on other forms of benefit, like universal credit. So what will essentially happen is that money will be taken away from one pot, meaning people have to go to a wider pot for support."

How much will widowed parents miss out on under the changes?

Widowed parents of younger children could miss out on £10,000s as a result of the changes.

Based on the DWP's calculation that the current average award for widowed parent's allowance is £104.51/week, we crunched the numbers and found that only widowed parents with a child aged up to one year, five months and two weeks under the child benefit cut-off (16 or 20 for a child in full-time education) will benefit financially from the change.

The Childhood Bereavement Network has done its own calculations and found that 91% of widowed parents will be supported for a shorter period of time than they would under the current system. It claims the typical working family will lose out on more than £12,000, and expects a working parent with young children to lose £23,500 over a lifetime on average.

What's the level of awareness among eligible widows and widowers?

Alison Penny, coordinator at the Childhood Bereavement Network, has told us that issues with the incoming scheme are exacerbated by the fact that many eligible people could be missing out entirely.

She says: "Lack of awareness is certainly a concern. We estimate that around 24,000 parents die each year – but some may not be eligible for [the bereavement payouts] as they may have cohabited (as opposed to have been married or in a civil partnership) or they may have not had enough NI contributions."

Meanwhile, the fact you need to have been married or in a civil partnership to claim bereavement support has drawn widespread condemnation from charities and claimants.

Louise says: "It's unbelievable to think that in 2017 you can still only get this support if you were married or in a civil partnership – if you were cohabiting you won't get anything. It's shocking and needs to be addressed."

What does the DWP say?

Welfare Delivery Minister Caroline Nokes says: "Losing a spouse or civil partner can be devastating and we want to provide people with easily accessible support to help them through the difficult period following bereavement.

"The old system could be unfair, complex and also act as a trap preventing people from moving on with their lives. That's why we are modernising this support into a simple, uniform and easy-to-understand benefit that better reflects society and helps people through what can be a very difficult time."