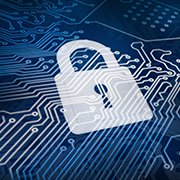 UK users of the digital currency exchange Coinbase could find it easier to withdraw their money after the company announced it will support the Faster Payments Service used by most UK banks.

As we covered in a blog last month, UK-based Coinbase users had been complaining that withdrawing money from the exchange was nearly "impossible", because it involved using a Single Euro Payments Area (SEPA) transfer which is basically a bank transfer that crosses international borders.

But Coinbase has now announced that the Faster Payments Service (FPS) – the usual way you send money between UK bank accounts – will replace SEPA transfers.

The US-based digital currency exchange allows you to trade cryptocurrencies such as Bitcoin and Litecoin for what's known as 'fiat' currency – ie, currency run by a country, such as pounds, dollars and euros.

Coinbase says Faster Payments will be rolled out to UK customers "in the coming weeks", but it hasn't given a strict timeframe.

What is the Faster Payments Service?

The FPS is a bank transfer system that allows users to send money between bank accounts in a few hours.

FPS is typically free and allows you to send significant amounts of money, with some banks letting you transfer up to £250,000.

This is useful for Coinbase users because at the moment, anyone using the exchange to withdraw cash, for example, has to send their money outside the UK, using a SEPA transfer.

Most banks charge customers for making these types of transfers, and the process for completing them was often long, with many Coinbase users saying it was difficult.