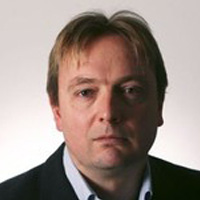 The clock is ticking for thousands of pensioners with younger partners to claim pension credit before the eligibility rules tighten – which could cost some up to £7,000/year. Yet they're just a fraction of the 1.3 million who could claim the income top-up but don't.

Pension credit is a means-tested benefit aimed at supporting retired people on low incomes, but vast numbers fail to claim. Here's what you need to know to hopefully give you a nudge if you're missing out.

Update: The deadline for mixed-age couples to apply for pension credit is 13 Aug (phone lines close at 7.30pm).  Crucially, you'll need to backdate your claim.

See our pension credit guide for more help and how this state benefit works.

Who can actually claim pension credit?

As well as single pensioners and pensioner couples, up until now couples in which only one partner is over the state pension age have also been able to claim. But that's about to change...

For many "mixed-age" couples, where one partner is above state pension age and the other is below, it's still possible to apply for pension credit until 13 August.

But if you're in this age category and you haven't claimed pension credit by 13 August, you won't be able to do so, possibly for many years. Instead, you will have to wait until both in a couple hit state pension age, and in the meantime settle for less cash via the universal credit system.

Officially, the ban on "mixed-age" couples claiming pension credit came into force on Wednesday 15 May. But there's a loophole which could give you up to 13 August to put in a new claim.

You can backdate a claim for up to three months (and get the cash owed) assuming you were eligible during that period. And by doing this now means you are on pension credit before 15 May and can stay on it going forward.

Note that to take advantage of this loophole, the older partner in a mixed-age couple will need to have reached state pension age before 15 May – otherwise you're bound by the new rules.

What will delaying a claim cost me?

If you're hit by the changes above and have to claim universal credit instead, charity Age UK estimates this could cost some couples up to £7,000/yr, which it describes as an "age gap tax".

Also, regardless of the deadline for mixed-age couples, if you're among the many older people failing to claim their pension credit entitlement, it's worth acting soon as every week you wait could mean you miss out on the extra cash.

What exactly is pension credit and how much is it worth?

To qualify, you must live in England, Scotland or Wales and have reached state pension age. This varies depending on when you were born – use the Government's calculator to check.

The benefit offers a weekly top-up to your income, and is made up of two elements:

For claims by couples, the Government defines a partner as "a person you live with as if you were a married couple", regardless of whether or not you are married or in a civil partnership.

Many who claim pension credit can also claim housing benefit

The clampdown on pension credit for mixed-age couples applies to housing benefit as well – so you also have until 13 August 2019 to claim the latter.

See the range of benefits which pension credit claimants can qualify for.

How do I claim pension credit (including backdating)?

The quickest way is to call the Pension Service on 0800 99 1234. It will fill in the application form for you.

For backdating, there is no separate form to complete – you can ask over the phone when you apply or, if you apply by post, put on the application form that you want to backdate your claim.

As said, mixed-age couples where one of you reached state pension age before Wednesday 15 May can apply for pension credit under the old rules by asking for their claim to be backdated for up to three months.

How do I claim housing benefit?

What if my circumstances change?

People reaching state pension age from Wednesday 15 May are unable to apply for pension credit if they have a partner who is still of working age.

There are also some people who could end up losing pension credit they currently claim as a result of the changes. This could happen if: