Minimum hourly wage up to £5.80 from October 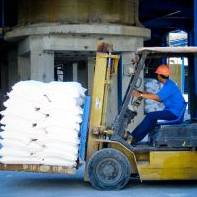 The minimum wage will rise for most workers this October by 7p an hour to £5.80, it was announced today.

Yet the modest 1.2% rise for those aged 22 and over is less than last year’s 3.8% increase. However, those on lower wages are currently being hit by larger cost of living rises than when last year’s announcement was made.

The British Chamber of Commerce (BCC) pushed for a minimum wage freeze in October to protect jobs. This highlights the delicate balance between the needs of low-paid workers and businesses during the recession.

The BCC is part of a panel of stakeholders including academics, economists and unions that form the Low Pay Commission which sets the minimum wage.

The real level of inflation – the measure of rises in living costs – for many low-paid workers is the Consumer Prices Index, which excludes mortgage costs. Most workers on basic salaries are unlikely to be homeowners.

The current CPI cost of living figure is 2.9%. This is higher than the 2.2% figure in place in March last year when the larger 2008 increase was announced.