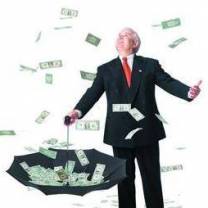 One million Norwich Union (NU) policyholders could receive up to £1,150 each this autumn as their share of the insurer’s £1.4 billion surplus from its with-profits investment funds.

However, they must respond over the next two months to correspondence being sent out by Aviva, the new name for NU, to get the cash.

The insurer began sending out packs last week to eligible with-profits policyholders. They contain a letter asking whether to accept or decline a payment.

If they accept, they should get their cash by post from November, though the pay-outs still need to be ratified by the High Court, with a hearing scheduled in September.

If they decline or fail to respond by 21 August, policyholders won't get any immediate cash but will still be eligible for future distributions from the inherited estate. Aviva says 99% of people are better off taking the cash.

The inherited estate is the extra cash the insurer has built-up over and above what it has paid out to policyholders.

Payments are expected to range between £200 and £1,150, though the amount you get depends on the type of policy held, its value and age.

Eligible policyholders include those with money in Aviva’s CGNU Life and CULAC with-profits funds. They could have money invested via a bond, endowment or pension.

To qualify, plans must have been in place on 21 November, 2006. If plans have matured since then, holders will get an automatic payout, without having to respond.

Payments won't be made if plans have been surrendered or sold.

Gary Price, from Aviva, says: "This process is not a majority vote. It is the opportunity for each individual policyholder to make the decision that is right for them, so we would encourage as many people as possible to vote.

"However customers vote they will continue to receive their normal bonuses and it will have no impact on the security or performance of their investment."

Roadshows will be held nationwide during June and July to help policyholders decide. To register for one, call 0800 0566 399.