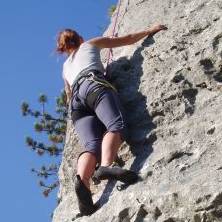 House prices are expected to continue their climb in the coming month, research shows.

The Royal Institution of Chartered Surveyors (Rics) says its members expect house prices to rise over the next three months, with 31% more surveyors expecting a rise rather than a fall in the value of property, up from a 25% in September (see the Free House Price Valuation guide to help value your home).

The predicted increase comes despite evidence sellers are beginning to return to the market, with 15% of surveyors reporting a rise in instructions, up from just 5% in September.

The group said the number of people looking to sell their home rose in all regions of the UK for the first time since the credit crunch struck.

Economists have attributed the recent rise in property values to a shortage of homes for sale and have warned as more properties become available, prices could fall again.

But the rate at which potential buyers are registering with estate agents slowed for the fourth month in a row.

The research show prices continued to rise during October, with London leading the revival.

Rics says 34% more surveyors reported seeing price rises rather than falls during the month, the highest level since December 2006.

In the capital, 95% more surveyors said prices were rising during October than those who thought they were falling.