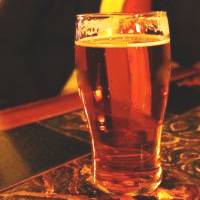 The cost of alcohol and cigarettes will rise after the Chancellor confirmed he will implement pre-arranged rises in duties, and introduce new hikes.

Duty on beers, spirits and wine will rise by 7.2% next week as George Osborne proceeded with the tax escalator which automatically increases duty on alcohol by 2% above inflation (see the DrinkAware, Stop Smoking links).

Cigarette smokers face a jump of up to 50p on a packet of 20 from 6pm today despite the Chancellor sticking to Labour's previously-announced plans to raise tobacco duty by 2% above inflation, the tobacco industry says.

The additional jump is because he announced plans to change the "tobacco duty regime" stopping companies producing cheaper cigarettes.

Osborne said: "It's clear that the structure of the tobacco duty regime is being exploited to produce cheaper cigarettes so we will change the regime to narrow the differential between these lower cost brands and the rest, and between cigarettes and hand rolled tobacco."

Paul Stockall, a tax analyst with the Tobacco Manufacturers' Association, said the Chancellor's "differential" changes apply to "proportional and specific excise rates" equating to an approximate 50p rise on economy cigarettes and 33 pence on premium packs.

Beer and cigarette prices to jump