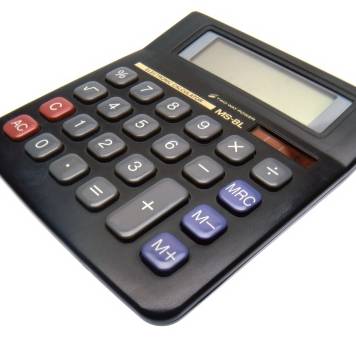 It proposes that secondary school teaching be split between maths lessons where kids are taught about basic money skills, such as how interest rates work; and Personal, Social, Health and Economic (PSHE) education, which teaches more subjective aspects such as budgeting.

The APPG, launched in January, has the support of 226 MPs and Peers. It launched its enquiry two months later, which has resulted in today's report.

A survey carried out by the inquiry found in English schools only 45% of teachers said they had ever taught financial education.

"But too many of our school leavers, who can perform complex mathematical equations and Algebra, have no idea what basic financial terms like APR and PPI mean – leaving them without the necessary level of  financial literacy to make decisions in an increasingly complex financial world.

"We believe financial education is a long term solution to the national problem of irresponsible borrowing and personal insolvency.

"Furthermore, teaching people about budgeting and personal finance will help equip the workforce with the necessary skills to succeed in business and drive forward economic growth."

What does the report ask for?

The report makes the following key recommendations for primary and secondary school education:

Martin Lewis, MoneySavingExpert.com creator, says: "For once, thankfully, we have a bunch of politicians who aren't pussy-footing around.

"They're actually using the C word – compulsory. We need compulsory financial education in our schools.

"Our nation is financially illiterate. For over 20 years we've educated our youth into debt when they go to university, but never about debt.

"Breaking this cycle will mean less mis-selling, fewer bad debts, better consumers and could save the public coffers a fortune."

Meanwhile, a Parliamentary debate on providing compulsory financial education in schools is scheduled to take place in the main chamber of the House of Commons on Thursday.

The news is a massive victory for MoneySavingExpert.com as it is a direct result of the government e-petition we tabled which calls for compulsory money lessons for kids.

The petition hit the magic 100,000 signatures last month, which is the trigger at which point all issues raised in government e-petitions are considered for debate in the House of Commons.