Buy Zara clothes at a fraction of the cost

If you're one of the millions planning a trip to Spain at some point this summer, stop shopping at Zara right now. The giant Spanish fashion brand sells clothes in its native country far cheaper than here, so wait until you get there if you're planning on buying something.

The pound price is often higher than the euro price before you even convert the currency, and now with the pound being at a record seven-year high againstthe Euro, currently at €1.38, once you convert it, the difference is usually enormous!

Of course sometimes there are sales on in the UK when they're not on in Spain, which closes the gap. And while you can't get English delivery from its Spanish website, the big boon is it gives you the option toselect 'English' as the language so you can browse in advance for pricing research purposes.

And this isn't just about Zara similar pricing structures apply for other members of the same group, Massimo Dutti, Pull & Bear and Uterqüe. 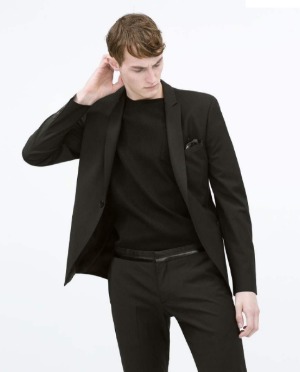 Using TravelMoneyMax to convert at the top card rate, this shows the pound cost of thisjacket is currently £72.46. In other words, it's more than £50 cheaper than the same jacket bought in the UK.

Doing only a touch of research (see my Cheap Flights guide), I found a Ryanairflight to Santander in Spain (not the bank), for £42 return (hand luggage only). So it would actually be cheaper to jump on a plane to Spain and buy the jacketthere.

Of course I'm using some journalistic licence here to prove a point. You'd obviously need to get to and from the airport and may want a hotel. Yet if you'rea Zara fetishist and are stocking up for yourself and your family (and perhaps taking orders for friends too), the economics could work (do think about the environment too though).

This is especially powerful as Zara rarely gives out vouchers or discount codes. To get reductions you're reliant on waiting for things to move into thesale – so there are only limited opportunities for reductions on full-price goods.

Don't believe the euro price you see on British labels

Rather interestingly there's no homogenised euro price. On the Zara France site, for example, the same jacket is €129, not that much less than in theUK.

This is a crucial point, as sometimes UK Zara clothes have two price tags, one in pounds, one in euros. Yet I've never seen one of those that is listing thecrucial price for Spain or Portugal where it is cheapest – normally it's the French price. So if you look at clothes and they've a pound price tag and a europrice tag – that's not likely to be the really cheap one.

On average, Zara in Spain is 38% cheaper (at current exchange rates)

I chose four more items at random on Zara, all of them cost less in euros than the pound figure, and I checked the price on both the Spanish and UK sites atthe same time.

Overall, for the five items on the Spanish site, the price is £276.79; while the same items on the UK site are £443.97 – that means on average, it's 38%cheaper in Spain, though of course it's worth noting that not all stores carry all stock. So there is a chance that if you're after something very specific, itwon't be in the store there.

I'd love to know which other big store chains are proven to be far cheaper, and are only a relatively short flight away.