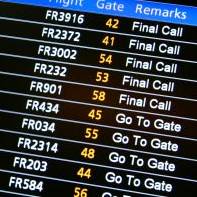 Passengers may be able to claim millions of pounds more in flight delay compensation following a landmark European court ruling over 'wildcat' strikes.

The European Court of Justice ruled on Tuesday that airline staff taking part in a spontaneous 'wildcat' strike - a strike which isn't officially organised by a trade union - does not count as an 'extraordinary circumstance'. Any resulting flight delays therefore ARE covered by EU rules which mean passengers can claim up to £520 in compensation.

Although wildcat strikes are illegal in the UK, they are allowed in some countries and so you may be able to claim if you were caught in delays due to one in the past six years.

For full info on flight delay compensation and how to reclaim for free see our Flight Delays guide.

What are the EU rules on flight delay compensation?

Under EU rule 261/2004, passengers who are delayed by at least three hours or whose flights are cancelled can, in certain circumstances, claim up to €600 (about £520) per person.

These rules apply to EU regulated flights - so either a flight which departed from an EU airport, regardless of the airline, or a flight on an EU airline which landed at an EU airport.

However you CAN'T claim if a delay is deemed to be due to something beyond the airline's control - what's known as an 'extraordinary circumstance'.

What has the court ruled?

Judges at the European Court of Justice ruled on Tuesday that wildcat strikes are not 'extraordinary circumstances', after the case of Helga Krüsemann and Others v TUIfly was referred to them from the German courts.

The case centred around a 'wildcat' strike by TUIfly staff, in which many went on sick leave for a week following a company restructure in September 2016. Between 1 and 10 October 2016, TUIfly absence on the grounds of sickness rose from 10% to 89% for cockpit crew and up to 62% for cabin crew.

This resulted in a large number of flights being delayed or cancelled until the dispute was resolved on 7 October.

TUIfly initially refused to pay flight delay compensation to passengers as it claimed the wildcat strike was an 'extraordinary circumstance'.

But the Court of Justice said: "The wildcat strike at issue in the main proceedings cannot be regarded as beyond the actual control of the air carrier concerned.

"Apart from the fact that the wildcat strike stems from a decision taken by the air carrier, it should be noted that, despite the high rate of absenteeism mentioned by the referring court, that wildcat strike ceased following an agreement that it concluded with the staff representatives.

"Therefore, such a strike cannot be classified as an 'extraordinary circumstance'."

Flight delay solicitors Bott & Co estimate this ruling is worth tens of millions of pounds a year in compensation to passengers.

I was delayed due to a wildcat strike - what should I do?

You may now be able to claim if your flight meets the other usual compensation criteria. You must have been on an EU-regulated flight and arrived at your destination more than three hours late - see full info in the Flight Delays guide.

What you need to do depends on how long ago your flight was delayed, and whether you've already tried to reclaim:

Also note that if you want to escalate your case to the Civil Aviation Authority, it suggests you do this within five years of the delay, to give you time to go to court if needed.

For full help on how the claims process works, who to escalate to and how to take your case to court, see our Flight Delays guide.

What does the CAA say?

A spokesperson said: "Although wildcat strikes are illegal in the United Kingdom, British passengers travelling abroad may have experienced disruption as a result of such action. This ruling means that any passenger who has been impacted by wildcat strike action can pursue a claim for compensation under EU261.

"This also means that any passenger who feels that a previous claim was refused on the basis of the disruption being as a result of wildcat strike action, could now go back to their airline and request their claim is reviewed."