Leaves, heat or snow - which seasonal hazard causes the most train problems? 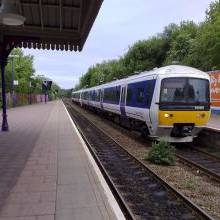 Leaves on the line, snow on the tracks or speed restrictions due to the heat - here's how many cancellations these seasonal disruptions cause each year.

A total of 9,121 trains were cancelled in the past three financial years due to snow according to Network Rail, but a whopping 6,979 were during this February's 'Beast from the East' storm which caused havoc across the UK due to heavy snow and Siberian temperatures.

In comparison 2,319 trains were cancelled due to leaves on the track during the same three-year period, and 1,504 were cancelled because of the heat.

For more information on how to claim from each train firm see our Train Delays guide.

What does the data show?

The data we obtained from Network Rail showed the following:

Megan French, consumer expert at MoneySavingExpert.com, said: "The majority of train firms are part of the Delay Repay scheme which means you can claim 50% of the train fare back if you arrive at your destination more than 30 minutes late - regardless of what has caused the delay. Some firms will even pay out after just 15 minutes, and one will pay out if you're more than two minutes late.

"So if you arrive late don't assume you won't be eligible. In many cases you will be owed cash compensation, you just need to claim within 28 days of the delay. See our step-by-step guide for how to claim - it only takes a few minutes."

What does Network Rail say?

Alongside the data, Network Rail said: "Out of the total of 12,944 cancellations due to heat, snow or leaves in the last three years 9,680 of these cancellations took place in just 14 days spread across the period of your request.

"6,979 cancellations occurred over a four day period during the 'Beast from the East' storm in February 2018."

Network Rail also has information on how it manages delays caused by extreme weather or leaves on the track on its website.

Leaves, heat or snow - which seasonal weather is the worst for train delays?