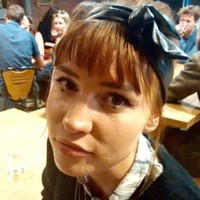 The Government's 'Eat Out to Help Out' scheme is running throughout August, giving 50% discounts up to £10 per person on sit-down meals out from Monday to Wednesday – and over 35 million discounted meals were claimed in the first two weeks alone. It works at over 85,000 restaurants, cafés and pubs – including independents, many big chains such as McDonald's, Nando's and The Ivy Collection, and Michelin star restaurants such as The Angel at Hetton and Aquavit London.

Outlets that take part must apply the discount automatically on the entire bill except alcohol and service charges. You can get the discount as many times as you want (it also works on bank holiday Monday), and it can be stacked with existing offers and vouchers.

Which restaurants, cafés and pubs are taking part? An interactive map can help – along with the Government's list of chains and postcode checker

Unfortunately there's no single easy way to check all the eateries that are taking part. A new interactive map which has recently been launched gives a new way to see participants at a glance, yet like the Government's list of chains and official postcode checker, it's not perfect. So it's best to employ a four-step plan to find out whether your chosen eatery is taking part:

Step 1: Check a list of big chains giving the discount, eg, Burger King, McDonald's, Nando's, Subway and The Ivy. The Government has published a list of the biggest chains taking part, many of which we also list below. Confusingly though, these chains generally WON'T appear in the interactive map (in step 2) or Government postcode checker (in step 3).

Yet even this list itself could be incomplete. So to help fill in some gaps we've compiled our own compendium of restaurants, which includes chains listed by the Government and those who've told us independently that they're taking part. But given both lists are fluid, it's worth checking each of them as they could yield different results at different times.

Bear in mind that even if a chain is on either list, some branches may not participate, especially if they are part of a franchise, though chains we've spoken to seem to be offering the discount widely. Note that on the Government list some chains are listed under their parent company, eg, Harvester isn't on it, but owner Mitchells & Butlers is.

Step 2: Use a new interactive map to see which other restaurants are participating. Mapping company Esri UK has built an interactive map which lets you search by address or restaurant name, and handily there's no limit on the number of results.

You can use the map below – to search, type into the address bar and hit 'enter', or click/tap, hold and drag to move the map. (It may be slightly slower to load than the rest of the MSE site.)

Step 3: Check on the Government's official postcode checker for belt and braces. Again, this won't include the biggies on the Government's list of chains, and compared to the map it's clunky – you can only search a five-mile radius and it only shows up to 100 search results for any given postcode, which means you get an incomplete list in built-up areas. However, as above there may be a few restaurants in the tool which aren't on the map, so for a quick second check, it works.

Step 4: To be really sure, check direct with the restaurant. Unfortunately, the list and tools above aren't perfect – if you haven't found a certain restaurant, that doesn't mean it definitely isn't taking part. And even if a biggie you want to visit is on the list, there's a small chance it won't be participating. So to be sure, check the restaurant's website or call to check.

However you search, you may find some gems. When we checked in central Birmingham, we found lots of independents and the local branch of TV chef Gino D'Acampo's upmarket 'My Restaurant' chain. Elsewhere, we even spotted a few Michelin-starred restaurants, including The Angel at Hetton in North Yorkshire, and Brat, Leroy and Aquavit in London.

Promotional posters, like the ones below, will be displayed in the windows of participating establishments:

Despite it being a stipulation of the scheme that restaurants must apply the discount automatically, we've heard several examples of chains and independent places who aren't doing so. For example, Nando's customers must enter a discount code – handed to them on entry – into the Nando's app when ordering to get their 50% off. Wherever you dine, make sure you check the reduction's been applied to your bill before you pay.

Some restaurants are removing the £10 cap

Restaurants which have confirmed they're doing this include Beefeater, Brewers Fayre, Carluccio's, Ed's Diner, Dishoom, Giraffe and Pitcher & Piano.

Some big chains, including Costa, Greggs and Nando's, had already slashed menu prices following the Government's hospitality sector VAT cut, which came into effect on Wednesday 15 July, reducing prices by 12.5%. See who is and isn't passing on the recent VAT cut.

Can other discounts & vouchers be used alongside the scheme?

Yes – you CAN stack the 'Eat Out to Help Out' discount on top of other offers. It applies to:

The Government's 50% discount will be applied AFTER any other discounts. So for example, if you had a 20% off restaurant voucher, that would come off your bill first, and you'd then get a further 50% off whatever is left (from eligible items), up to a total discount of £10 per person.

However, it's worth bearing in mind that we've seen a few places which aren't quite following the rules – for example, we've seen some pubs which aren't allowing the scheme to be used in conjunction with other offers or on their whole menu, even though they should be. So if in doubt, check with the venue to avoid being caught out.

How busy will the restaurants be? Should I book ahead?

We've heard from some chains, including Carluccio's and Wahaca, that they've seen a marked increase in bookings since the scheme began, while Pizza Hut shared with us that it had dealt with a massive 300,000 discount redemptions on day one. All say that walk-ins are available but table bookings are advisable, especially if you're after a specific time or you've got a large group.

While it's always safer to book a table rather than chance a walk-in, with so many eateries taking part in the scheme, we reckon you could always visit your next closest participating location if your first choice is full.

Government to offer 50% off discounts on eating out in August