What is 5G, how to get it and how much does it cost? 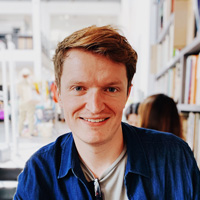 Mobile data speeds are about to get a lot faster now that EE, Three, Vodafone and O2 have launched 5G for some. It's a gradual roll-out, with most of the UK expected to have 5G in 2022. We'll run you through what it all means for you, including how to benefit from this new tech and what it costs.

We recently launched our Cheap Mobile Finder which compares more than 50 different retailers and resellers, covering all major networks to find your top deal. So do have a play and please send feedback, suggestions and bug reports.

Put simply, 5G is the fifth generation of the technology used to deliver the mobile internet, ie, to get online on a mobile or dongle without needing to connect to a cable or Wi-Fi.

Being more modern, it promises to be up to 100 times faster than 4G and 2,000 times faster than 3G – the type of technology you're probably familiar with as they're what appear on most phones when you go online using your mobile's network. Whether those speeds are achieved, only time will tell.

It won't replace these, but instead will be another 'layer' on top which runs at much higher and faster frequencies. This means more information can be carried, enabling it to deliver lightning-fast speeds. EE – the first network to launch its services in the UK – promises it will offer 'a near-instant connection'.

As you will see from this guide, 5G has limited availability and is very expensive, so if you're on the lookout for a new phone or Sim, you will probably instead want to use our Cheap Mobile Finder to compare 50+ retailers and resellers to find your top deal. Also see our Cheap Mobiles, Cheap iPhone, Cheap Samsung and Best Sim only guides.

Although 5G is starting to arrive in the UK, only a small number of people will initially be able to get it. First up, only a limited number of the most modern handsets are actually compatible with 5G – with no iPhone option yet. Plus the number of networks to offer it is limited, and even then it's only in some cities...

Right now the list is fairly limited, but it's growing all the time. Several mobile networks, including EE, Sky Mobile, Tesco Mobile, Three and Vodafone, offer 5G Sim-only contracts in addition to deals which include the handset, with the models currently available and Sim-free pricing where available.

For a full list of handsets which support 5G and networks which provide 5G Sim contracts, check our Cheap Mobile Finder tool.

How much does 5G cost?

Frankly, it's still very expensive and certainly not MoneySaving, largely as you'll need one of the latest phones to get it. Plus most of the latest 5G capable models are much more expensive than their 4G counterparts, although we're starting to see manufactures just release 5G models.

How to find the best 5G deals

As we've said, upgrading to 5G won't come cheap, but if you're determined to do it, then at least do it in the cheapest way possible – though early adopters often pay more. Here are our top tips to find the best deals:

Unless you're desperate for lightning-quick speeds, for most it is extremely expensive – plus your choice of network and phones are currently limited.

However, early adopters often do pay more, so we would expect to see 5G prices drop in time as more networks offer it and availability across the UK increases. In fact, it's likely to eventually become the norm.

For our top-pick 4G contract deals and cost-cutting tips, see our Cheap iPhone and Cheap Samsung guides, and our Best Sim only deals if you're happy with your current handset.