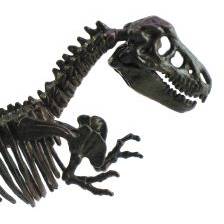 Personal loans secured on your property, also known as debt consolidation loans, have virtually vanished from the market, according to a report out this week.

There are now just three providers selling these products, says data analyst firm Moneyfacts. Since mid-2007, 14 lenders have pulled out of the market, including Alliance & Leicester and Capital One.

These loans, which should not be confused a with a standard mortgage, are often sold with the promise of low monthly costs, aimed at those with debt problems and often advertised on daytime TV.

There are two large stings in the tail, however. Firstly, your home could be repossessed if you fail to make payments, and while monthly payments can be low, they often span many years making the total interest payable extremely high.

Martin Lewis, creator of MoneySavingExpert.com, says: "These loans are often sold to the wrong people. They are a valuable tool in a very small number of cases. You are risking your home unnecessarily and you could be paying huge amounts of interest which can be nightmare.

"We have run many campaigns asking to ban certain secured loan adverts. These include those on children’s programmes where the kids then memorise the number and tell their parents to get a loan."

The Advertising Standards Authority (ASA) has banned a number of these ads. For example, an old television campaign from Picture Financial Services was deemed misleading, and therefore outlawed, because it implied the decision of a family depicted taking a loan "had not been carefully considered and was an everyday occurrence".