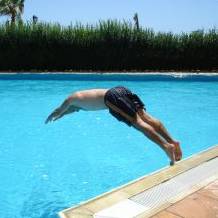 Thousands of savers are being dumped onto miserly rates as their sky-high fixed deals come to an end.

In particular, due to the stampede to grab a 7%-plus one-year deal last October, the coming weeks will see a deluge of consumers needing to urgently switch.

Some savers who let their accounts lapse onto their provider's default rate on maturity will see their pre-tax earnings plummet from 7.21% to just 0.1% (see the Top Savings guide).

Many providers move fixed rate savers onto some of their poorest-paying accounts when their term is up, if you fail to act.

Therefore, it is vital to check exactly when your fixed deal ends and scour the market for the top-paying alternative (see the Top Savings and Top Fixed Savings guides).

Blame it on the Base Rate

Returns were so high this time last year because Bank of England Base Rate stood at 5%, compared to an historic low of 0.5% now.

Many of the top fixed-rate deals lasted a year and the rush to grab one began because Base Rate started its dive last October.

On 8 October 2008, Base Rate fell by 0.5 percentage points to 4.5%, which meant some providers pulled their top rates.

For example, the last date you could have deposited cash in The AA's 7.21%-paying account, the record-breaking deal of recent times, was 24 October 2008.

On 6 November, Base Rate crashed by a further 1.5 percentage points, soon after which there were no 7%-plus deals available.

That day, MoneySavingExpert.com sent an urgent tip note urging savers to bag the last-remaining deals at that level (find out how to get the free weekly email).

This site listed the following providers among the top payers in autumn last year.

The table below shows what you'll earn, if you took one of these deals, when your respective one-year fix is up, assuming you do nothing.

Fixed rates offer the best returns but your money is locked away for the term, so consider that before applying (full details in the Top Savings guide).