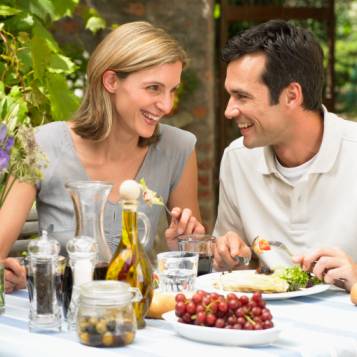 Unmarried couples will be given automatic inheritance rights when one dies without leaving a will, under proposals published today.

Couples with children and those who have lived together for five years would be treated as married if the changes become law.

Living with someone for just two years would entitle a surviving partner to half their estate (the value of their assets) under the plans (see the Cheap Wills guide).

The measures are part of a major review of inheritance law aimed at updating it for "modern families", the Law Commission said (see the Cutting Inheritance Tax guide).

Professor Elizabeth Cooke, who drew up the rules, says the changes will remove, for the bereaved, the need for "emotionally and financially draining" legal action when their partner dies.

Current laws leave unmarried couples with no automatic rights to a share of a partner's assets.

This can lead to "significant hardship" when one of them dies unexpectedly, Prof Cooke adds.

Even if they go to court, they are likely to get less than if the couple had tied the knot.

It is estimated as many as 350,000 people die without making a will every year – some with vast fortunes.

The consultation paper, Intestacy And Family Provision Claims On Death, published today, accepts that equating the 2.25 million "cohabiting" couples in England and Wales with those who are married or in civil partnerships is "controversial".

But for them, living together is both "an accepted family form" and a natural step towards marriage, it states.

If they have children together, the surviving partner will inherit the entire estate just as if they were married.

Where there are no children and they have been together for between two and five years, they will be entitled to half the estate.

The remainder will pass to whoever is next in line, such as parents or siblings.

Changes are also proposed to complex rules for married couples without wills.

Currently, spouses are entitled to the first £250,000 and personal possessions but in cases where more is left, they may have to share with children, siblings or parents.

The Commission says married couples without children should receive everything, and sets out a series of options in more complicated cases.

Prof Cooke says: "When a family member dies, the process of grieving, and of adjustment to change, can be made far worse by uncertainty and anxiety about money or belongings.

"It is vital the law remains relevant and up to date, reflecting the reality of modern society and the reasonable expectations of those who have been bereaved."

Unmarried to get greater inheritance?