How the power of internet forums can ease debt worries 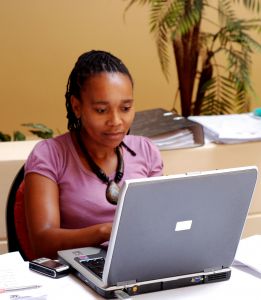 A MoneySaver's having his entire house rebuilt following consumer pressure from this site's web forum – part of a growing new trend of virtual community action.

Many have beaten their debt crisis by getting advice from fellow consumers without interference from the financial industry, forum managers or journalists such as ourselves (see the Debt Problems guide).

The MoneySavingExpert.com debt-free wannabe (DFW) board, for example, has received over 1.7 million posts since 2005 and features some heartwarming tales of the community helping others through their struggles.

People find it a valuable tool to explain debt problems and asking for help from the wealth of knowledge provided by fellow users.

Here, we take a look at a few examples of how forum members have helped manage eachother's debt.

After receiving hundreds of emails from MoneySavingExpert forum users, BBC programme DIY SOS is to renovate a home after the owner was conned out of thousands of pounds from a rogue builder (see the It's All Gone So Wrong forum board).

DFW forum user 'lisawaters', real name Mike, suffered heartache after giving a builder over £20,000 up front to do up a recently-purchased house, that was not fit to live in, only for the builder to pocket the money and run before carrying out any work.

After originally posting for help in the DFW forum in early February, support came thick and fast, resulting in forum users contacting various television shows in their droves to get help for him.

DIY SOS has confirmed it will help rebuild his home and will feature this on its 'Big Build' section, with filming starting in June.

Forum user 'lucielle' first started a debt diary on the DFW board back in June 2008. Diaries are a popular way to keep people up to date with their ongoing problems (see the Daring Debt-Free Challenge board).

From in debt to debt counsellor

Sarah Giles, from Staffordshire, who turned to the forums for help with her debts, has gone on to become a debt counsellor for the Citizens Advice Bureau, to help others (see Debt Diary forum).

Sarah and her ex-husband owed a crippling £14,000 at one stage, but cut that to a manageable £6,000 thanks to advice from other forum members.

She says: "Being part of the DFW forum is like being part of a huge extended family and the community itself is so unique in that you get so much support and advice on a practical and emotional level.

"There's such a wealth of knowledge on the DFW board that I've quite often referred clients to the forum for emotional support."

Martin Lewis, Moneysavingexpert.com creator, says: "What's especially gratifying about this is that this powerful social action happened without my team or I getting involved.

"This is pure people power at play, showing to those who say community is dead, virtual communities are alive, real and can kick some serious butt."