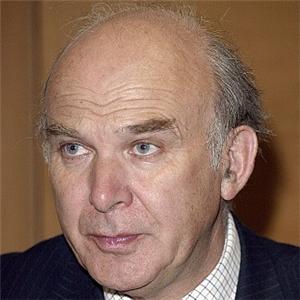 The 50% tax rate is unlikely to raise significant amounts of money for the Treasury, Business Secretary Vince Cable says.

But he reaffirmed the coalition will keep it because it makes it look as if high-earners are "sharing the pain" of the rest of society (see the 2010/11 Tax Breakdown guide).

Prime Minister David Cameron and numerous Tory right-wingers have previously criticised the principle of the 50% rate for those earning over £150,000, which was introduced by Labour and came into effect in April. However, the coalition has so far kept it in place.

Many economists claim it will not boost revenue because those on large incomes can reorganise their finances to avoid income tax, and may even be incentivised to do so by the measure.

Speaking at a fringe event at the Liberal Democrat conference in Liverpool last night, Cable (pictured, top right) was asked whether he thought more money could be raised from those with big incomes.

He answered: "I think I would surprised if the higher rate of tax does actually raise much revenue. I think it is there largely to show that the pain is being shared."

The Business Secretary stressed the importance of "fairness", acknowledging that people were "suffering a great deal" due to the recession.

He said: "It's an important symbolic measure. I don't think any of the major parties are looking to change that.

"The coalition Government came in, both the Conservatives and ourselves accepted that that was the right thing to do in a national emergency. There is no discussion about removing it."

He added: "I think the key message we need to send is about fairness. The fact is, lots of people are suffering a great deal because of the banking collapse and the recession that followed.

"We've now got to do painful measures to deal with the enormous fiscal deficit. We've got to do that.

"I think that may actually raise more revenue but we'll need to see the evidence on that."

50% tax unlikely to up revenues