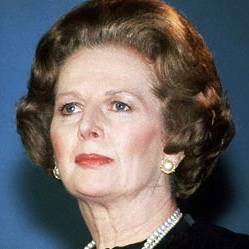 Margaret Thatcher has been voted the former Prime Minister best equipped to lead Britain in 2011 by an overwhelming majority in a MoneySavingExpert.com poll.

Asked which of our last ten premiers (in their prime) they would draft in to knock Britain back into shape, 60% of the 27,000 people who voted chose Baroness Thatcher (pictured, right), the country's first woman Prime Minister.

Those surveyed judged Tony Blair the second best person to lead us (14%), followed by Gordon Brown (10%).

Harold Wilson, who challenged Britain to embrace "the white heat of technology'' in the 1960s, came in forth, and Thatcher's successor as Prime Minister, John Major, fifth.

In last place was Tory leader Alec Douglas-Home, who served less than a year between 1963 and 1964.