O2 launches iPhone 4S leasing scheme: is it any good? 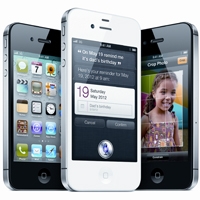 The telecommunication giant's 'O2 Lease' scheme means consumers can get the new Apple handset for a year without paying an upfront fee, as long as they return the phone after a year.

However, iPhone buyers who can afford to pay upfront will pay less overall on a standard contract and they can sell it after a year to generate cash.

What's more, it can cost hundreds of pounds if the phone is damaged under the O2 Lease scheme.

It is possible to pay nothing upfront for an iPhone 4S, but only if you commit to a contract of at least 18 months.

O2 Lease enables new or existing customers to get a new 16GB iPhone 4S for one year with no upfront payment, for £55 per month including insurance, for which they'll get 750 minutes, unlimited texts and 500 MB of data.

Consumers can also pay £65 a month for the 32GB iPhone 4S on the same package.

Both prices include O2 mobile phone insurance, which is compulsory.

The difference to a monthly contract is that you won't own the phone. At the end of the contract you'll have to return it in good condition to avoid a fee.

Can you get it cheaper elsewhere?

You could get insurance for £6 a month, taking the total cost to £727 a year.

However, consumers can often make further cash selling an old iPhone once their contract has run out.

Factor the cash from a handset in good condition as cash in your pocket, and the net annual cost of the Tesco contract, including the insurance, is £460. Without insurance, it's £388.

The cheapest iPhone 4S contract without an upfront fee is £429 a year from T-Mobile via BuyMobilePhone, although you are tied into a 24 month contract.

Is O2 Lease any good?

MoneySavingExpert.com consumer products analyst Archna Luthra says: "This is an interesting move from 02. It'll appeal to those who can't afford to pay upfront, but if you have the cash you're far better off getting the cheapest deal overall and selling your phone at the end.

"If you go for it, guard the phone carefully. While the insurance offers some cover, if you can't claim, you'll end up stumping up hundreds of pounds."

What if the phone is damaged?

If you do go for O2's scheme, you'll have to guard the phone carefully.

The insurance won't cover everything and O2 will charge if you return the phone in a less than perfect condition.

Its fees are as follows: